PM Narendra Modi expressed deep sorrow over the passing away of seer Vishwesha Teertha Swami and said that he will always remain in hearts and minds of lakhs of people. 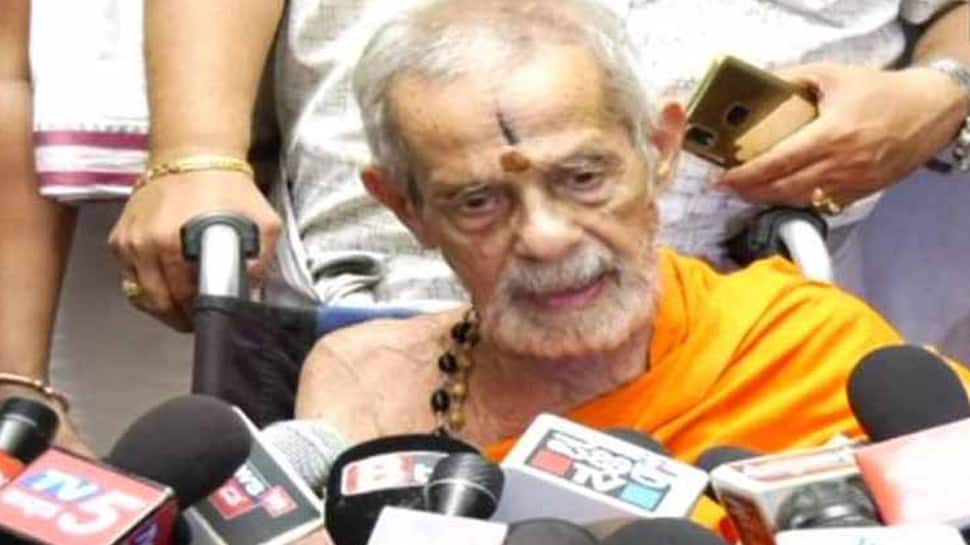 Pejavara Mutt Seer Vishwesha Teertha Swami died at the age of 88 on Sunday (December 29). The revered seer was shifted to Udupi Sri Krishna Mutt from KMC Hospital on Sunday morning for the continuation of his treatment at Sri Krishna Mutt in Udupi. All arrangements of ventilator and ICU units were set up inside the mutt for his treatment.

PM Modi expressed deep sorrow over the passing away of seer Vishwesha Teertha Swami and said that he will always remain in hearts and minds of lakhs of people. "Sri Vishvesha Teertha Swamiji of Sri Pejawara Matha, Udupi will remain in hearts & minds of lakhs of people for whom he was always a guiding light. A powerhouse of service and spirituality,he continuously worked for a more just & compassionate society. Om Shanti," tweeted PM Modi.

I consider myself blessed to have got many opportunities to learn from Sri Vishvesha Teertha Swamiji. Our recent meeting, on the pious day of Guru Purnima was also a memorable one. His impeccable knowledge always stood out. My thoughts are with his countless followers. pic.twitter.com/sJMxIfIUSS

"Later today, his mortal remains will be taken to Bengaluru. Several national leaders will be coming to pay last tributes to Swami ji at the National College in Bengaluru. Last rites will be performed at around 7 pm at Vidyapeeth," he added.

Vishwesha Teertha Swami was admitted in the Intensive Care Unit at the Kasturba Hospital in Manipal on December 20 after he complained of shortness of breath. The doctors had claimed that he had been suffering from pneumonia.

The condition of 88-year-old see did not improve since and he remained in an unconscious state and was put on life support systems. The tests conducted by the hospital had shown a severe brain dysfunction.

Born in 1931, Seer Vishwesha Teertha Swami had became a 'sanyasi' at the age of 8. Besides religion, he was also known for his understandings of Indian politics. He was a true picture of secularism as he had asked the mutt to organised Iftar for Muslims duing Ramadan.