In good news for commuters, a 300 metre-long walkway connecting Delhi Metro`s Blue Line with Aqua Line of Noida Metro was made operational here on Sunday. 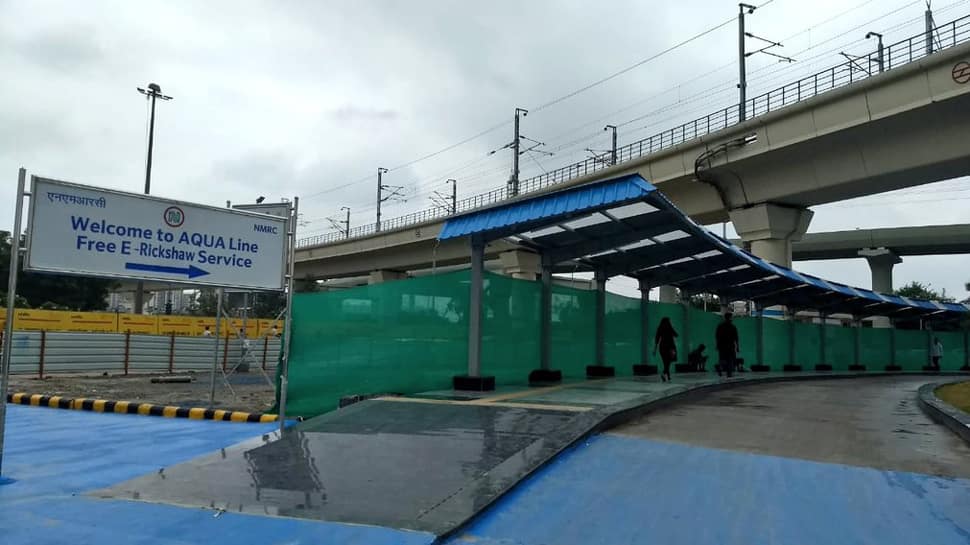 The walkway, built by the Noida Metro Rail Corporation (NMRC), was inaugurated by Durga Shankar Mishra, Secretary, Ministry of Housing and Urban Affairs (MoHUA). It links Sector 52 station of Blue Line with Sector 51 of Aqua Line, giving commuters seamless connectivity while travelling to Noida and Greater Noida from Delhi and other places and vice-versa.

"NMRC has built the walkway connecting Sector 51 of Aqua Line & Sector 52 of DMRC`s Blue Line. Keeping in mind the comfort of passengers, NMRC had also provided free solar-powered E-rickshaw services in this stretch to facilitate connectivity between the two metro rail networks," DMRC wrote in another tweet.

The walkway is covered from the top to prevent passengers from getting exposed to the vagaries of weather. Next to the walkway is a dedicated carriageway where solar-powered e-rickshaws ply between Sector 51 and Sector 52 stations for free of cost. The e-rickshaw service has been operational for the last few months. The carriageway has been constructed separately from the main road and two-wheelers, four-wheelers, and heavy commercial vehicles are barred from entering the stretch.

After inaugurating the walkway, Mishra said that the route will be made more commuter-friendly and NMRC will create a provision for parking space."NOIDA Authority will help NMRC to make the Walkway more commuter-friendly by providing free public convenience services in coming days. Sector 51 Metro station has a dedicated parking facility for approximately 200 cars. NMRC will provide parking space close to the Walkway in the near future," he said.

"Beautiful landscaping has been done along the Walkway to provide aesthetic appeal. It has space for cafe or vendor zone as part of future planning where small stalls and cafes will be opened," Mishra said. The nearly 30-km long Aqua Line was flagged off by Uttar Pradesh Chief Minister Yogi Adityanath on January 25 this year and connects Sector 51 in Noida to Depot Station in Greater Noida.

The route has 21 stations and all of them are equipped with platform screen doors to prevent commuters from falling onto the tracks. Unlike the Rapid Metro Gurgaon, where Delhi Metro smart tokens and cards are accepted, the Noida Metro has a separate ticketing system. Hence, commuters will not be able to use Delhi Metro smart cards or tokens and will have to either purchase QR-coded paper tickets or an SBI NMRC `City 1` smart card to commute on the Aqua Line.