Was it the duty of IAF pilots to land and count casualties, asks Rajnath Singh

Rajnath, who laid the foundation stone of three new schools here, said the government should hire teachers who emphasise more on character building of students. 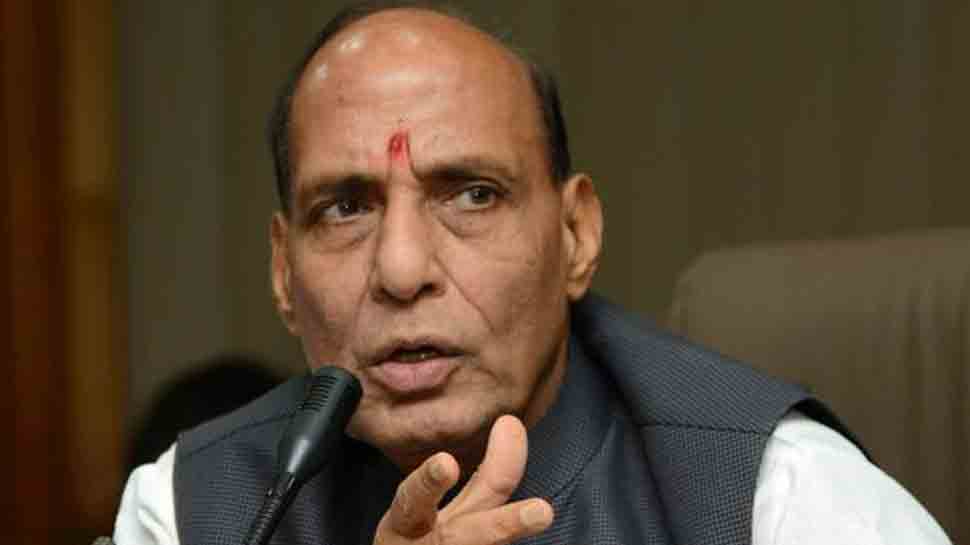 New Delhi: Union Home Minister Rajnath Singh on Wednesday slammed those questioning the air strikes carried out by the Indian Air Force in Pakistan's Balakot and asked if it was the duty of pilots to land and count the number of persons killed after hitting the given targets.

Praising the IAF for carrying out an attack on Pakistan-based Jaish-e-Mohammed camps in Balakot in Pakistan's Khyber Pakhtunkhwa province, Rajnath said, "The way the IAF attacked the terror camps set up in our neighbouring country is absolutely remarkable. But there are a few people who are questioning it, I want to ask them: was it the duty of pilots to land and then count the numbers to know how many were killed after hitting the given targets?"

"The IAF pilots didn`t shower flowers, they hit terror camps. If no casualty took place then why did Pakistan get scared and send their jets into our territory?" he asked.

Rajnath, who laid the foundation stone of three new schools here, said the government should hire teachers who emphasise more on character building of students.

"Around 25 news schools were inaugurated in South Delhi in last five years. The government should hire teachers who may impart less knowledge but focus more on character building of students."

Stressing that India is emerging as the most powerful country in the world, Rajnath added, "The day is not far when our country will secure a position among the top three countries in the world."