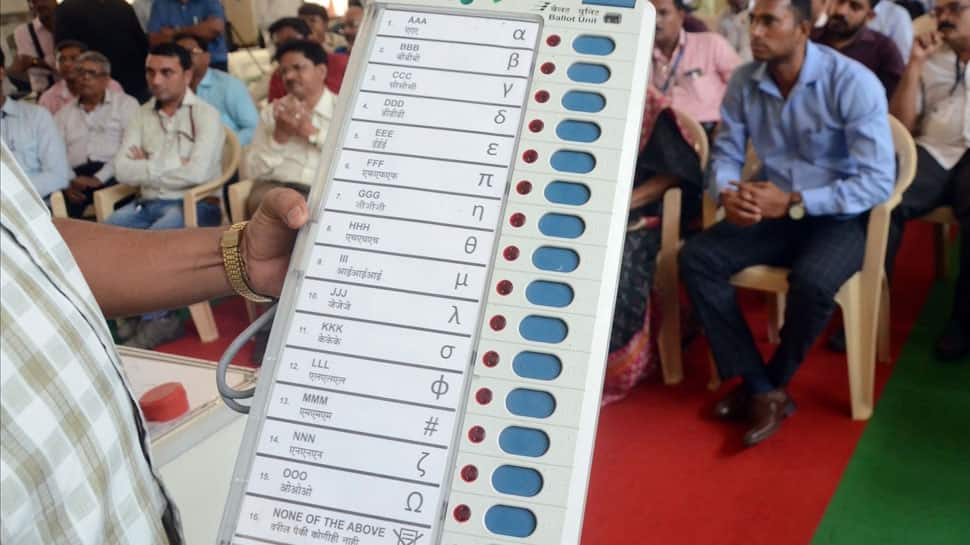 Voting in the aforementioned assembly constituencies took place on September 23. The Election Commission of India (ECI) had taken the decision to hold the by-elections after taking into consideration various factors like local festivals, electoral rolls and weather conditions. The polling was conducted using EVMs and VVPATs.

The bypoll to the Naxal-affected Dantewada Assembly constituency was necessitated due to the death of BJP MLA Bhima Mandavi in a Naxal attack in April.

In Pala, the bypoll was necessitated due to the death of former Finance Minister and Kerala Congress (M) leader KM Mani, who had held the constituency for more than five decades.

The by-election to the Badharghat constituency in Tripura was necessitated due to the death of ruling BJP MLA Dilip Sarkar in April 2019 while in Hamirpur, bypoll was held after the disqualification of BJP MLA Ashok Singh Chandel, who was convicted in a murder case in May.

In Chhattisgarh's Dantewada, a total of nine candidates were in the fray for the by-election. The Congress fielded Devti Karma, wife of party leader Mahendra Karma who was killed by Naxals in 2013. The BJP gave a ticket to Ojaswi Mandavi, wife of Bhima Mandavi.

In Pala, the ruling LDF had fielded its ally, NCP's leader, Mani C Kappen as its candidate, Jose Tom Pulikkunnel was the candidate of the Congress-led UDF while BJP's Kottayam district president N Hari was the NDA candidate. The main contest on this seat is between Congress-led UDF and LDF.

Four candidates, including two women, were in the fray from Hamirpur seat. The BJP had fielded Mimi Majumder for the seat while Bulti Biswas contested as the CPI(M) candidate. Ratan Das was fielded by the Congress.

The process of filing nominations for these seats started from August 28 and ended on September 4. The last date for withdrawal of candidature was September 7.