Despite continuous attempts by the robbers to harm them, the elderly couple kept up a brave fight throughout. 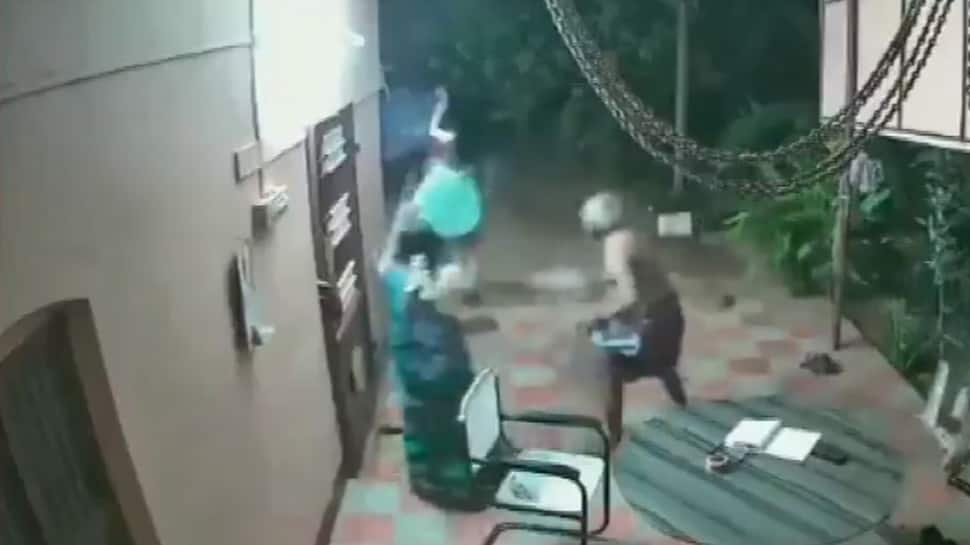 Who says age matters? In a rare display of bravery, an elderly couple fought off two armed robbers in Tirunelveli city of Tamil Nadu. The incident was caught on CCTV camera and the video was shared on microblogging site Twitter by news agency ANI.

As the video starts, an elderly man can be seen sitting in the veranda of his house when a robber comes from behind and places a piece of cloth around his neck. As the elderly man gets up from his chair to take a book from table, the robber makes the attempt to strangulate him.

While the man struggles to get himself freed, his wife comes out of the house, apparently after hearing unusual noise. But just when she walks out of the door, another robber, carrying a sharp weapon, appears in the video.

#WATCH Tamil Nadu: An elderly couple fight off two armed robbers who barged into the entrance of their house & tried to strangle the man, in Tirunelveli. The incident took place on the night of August 11. (date and time mentioned on the CCTV footage is incorrect) pic.twitter.com/zsPwduW916

In a bid to rescue her husband, the elderly woman starts throwing footwears on the robber, reacting to which he threatens her with the sharp weapon in his hand.

As the struggle continues, the elderly man falls down from the chair. Following this, he gets up and picks up a chair and starts hitting the robbers with it, while his wife keeps throwing objects like dustbin and stool on them.

Despite continuous attempts by the robbers to harm them, the elderly couple kept up a brave fight throughout, protecting themselves and attacking the miscreants with whatever object they found in proximity.

After minutes of struggle, the couple managed to chase the robbers away from their house.