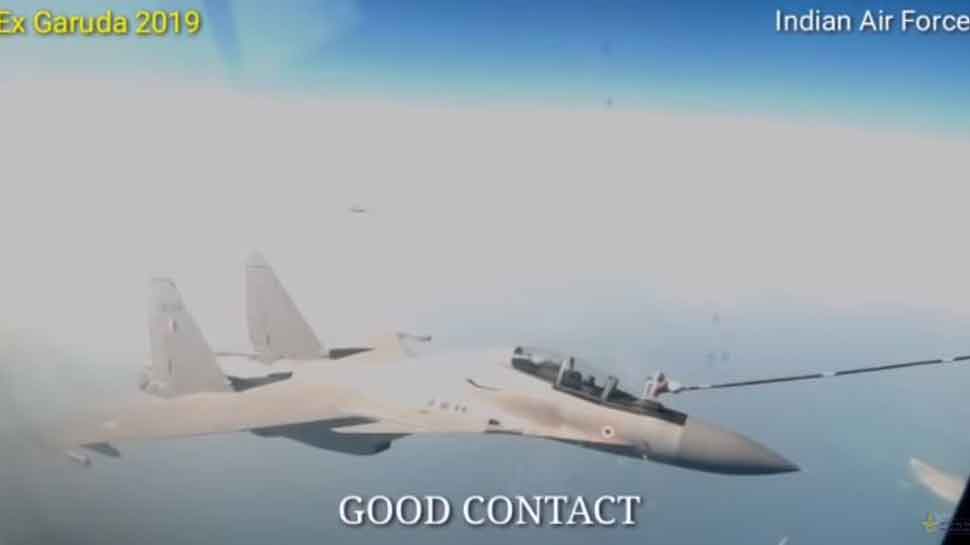 The exercise was a part of the ''Garuda'' exercise currently being held from Air Force Base Mont-De-Marsan in France from July 1 to July 14.

Gp Capt Antil says "Air-to-Air refueling is not an easy task. Pilots need to get their speeds right, get in correct formation and synchronise with the refueler". pic.twitter.com/CvrC8jwhJy

The exercise is a joint operation held between an IAF contingent and France Air Force.

On the refuelling exercise, Group Captain Antil said, "Air-to-Air refuelling is not an easy task. Pilots need to get their speeds right, get in correct formation and synchronise with the refueler."

The 'Garuda-VI' exercise has been termed as one of the biggest air exercises that is being planned between the two Air Forces.

Earlier, the IAF posted a video with the message highlighting the preparations of IAF contingent for Ex Garuda 2019. The video showed the professionalism of IAF's air warriors and the efforts they put in before starting any task in order to achieve success.

Before the flying operations commenced, the IAF, in a statement, said that the exercise is being held to enhance the understanding of interoperability during mutual operations between the two Air Forces and provide an opportunity to learn from the best practices of each other.

Earlier in June 2014, 'Garuda V', was held in India at the Jodhpur Air Force Station.