We don't need any certificate on our nationalism or Hindutva: Sanjay Raut 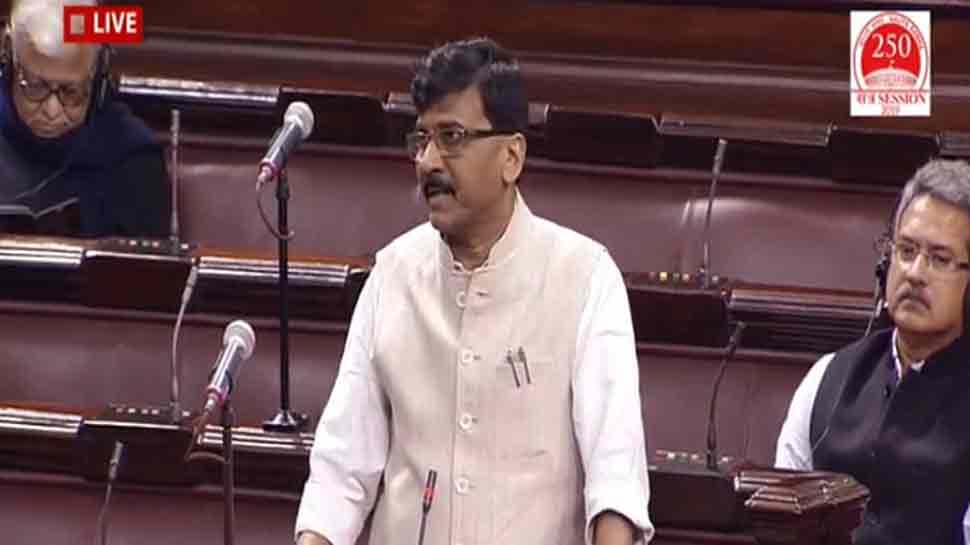 New Delhi: Shiv Sena leader Sanjay Raut on Wednesday (December 11) said that he does not need a certificate of patriotism from anyone, adding "The school in which you study, I am Headmaster of that. The Headmaster of our school was Balasaheb Thackeray. Atalji was also there. Syama Prasad Mukherjee was also there. We respect all of them."

During the debate on Citizenship Amendment Bill in the Rajya Sabha on Wednesday, Raut also talked about protests in various parts of the country, and said, "he knew the difference between illegal intruders and refugees, but wanted to know from the Home Minister if the illegal intruders would be expelled after the bill is passed."

The Shiv Sena leader noted that lakhs of Kashmiri pandits were hoping to settle back in Kashmir after Article 370 was abrogated. He also wanted to know from Home Minister if the refugees would also get voting rights once they are given citizenship.

“I have been hearing since yesterday that those who do not support this Bill are anti-national and those who support it are nationalist…. We don't need any certificate on our nationalism or Hindutva,” he said

Earlier in the day, he told media that the Lok Sabha numbers are different and the “situation in the Rajya Sabha is different”, adding “The government has to reply to our queries. Vote bank politics is not right. You are trying to create a Hindu-Muslim divide in the country yet again, leave it."

He, however, did not give a direct answer on whether his party would support the bill in the Rajya Sabha.

Raut’s comments in the Rajya Sabha comes even as a conflict seems to be brewing between his party and its ally, the Congress, in Maharashtra over Shiv Sena's support to the Bill in the Lok Sabha.

Congress leader Balasaheb Thorat told ANI, "Our country is governed by the Constitution and the Constitution is based on the principle of equality. We expect that Shiv Sena will keep this in mind while voting for the Citizenship Amendment Bill 2019 in the Rajya Sabha."