The Army Chief said, "I dare say, a necessity I think is no longer the need for invention. It is innovations and inventions that are gradually driving the doctrines and concepts and this is particularly more relevant to the Indian Army." 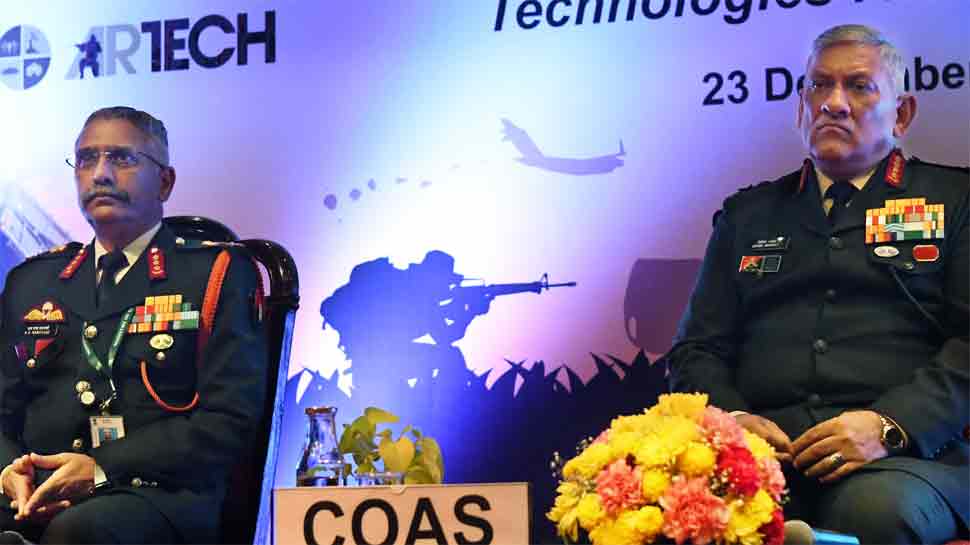 New Delhi: Indian Army Chief General Bipin Rawat on Monday (December 23) said that "we will win the future wars with Indian systems," while stressing on the need for indigenisation. Highlighting the rising prominence of non-contact warfare, General Rawat said, "Non-contact warfare will help us in gaining an advantage over the adversary in future wars. Quantum technologies, cyber, space, and artificial intelligence need to be leveraged into the defence ecosystem."

The Army Chief said, "I dare say, a necessity I think is no longer the need for invention. It is innovations and inventions that are gradually driving the doctrines and concepts and this is particularly more relevant to the Indian Army," adding "I am quite confident that we will be successful in developing an indigenous Indian Industry that will ensure...which I have often repeatedly said...that we will win the future wars with Indian systems."

General Rawat asserted that the Indian Army, therefore, has to remain at the forefront of technological embrace, adding "Military is no longer operating in the closed system. Our doors are open. Our frontlines are open to academia, to research and development organisation to see how the soldier on the ground needs technology to be imbibed for him to operate in a better manner."

Rawat said, "I know the industry is hungry for orders. We have also realised to give orders to the industry, we need to be more open in our systems. It is better to develop technologies that are dual-use because defence eco-system if generated cannot completely rely on orders from the military itself. Therefore, dual-use technologies are the need of the hour."

In a step that can make Pakistan Army snipers ineffective on the Line of Control, an Indian Army officer Major Anoop Mishra has developed a bullet-proof jacket named `Sarvatra` which can provide protection to troops from lethal sniper rifle bullets as well.

Major Anoop Mishra told ANI, "We have developed the level four bullet-proof jacket that has been developed at the College of Military Engineering in Pune and can provide full-body protection against sniper rifle bullets."

Mishra was awarded the Army Design Bureau Excellence Award by Army Chief General Bipin Rawat at the Army Technology Seminar on Monday for indigenously developing a bullet-proof jacket, which can provide protection against sniper rifle bullets.

Asked why was the need felt for developing such a jacket, Mishra said that after the sniper attacks on the Line of Control and Kashmir valley, the need was felt that full-body protection should be provided to the soldiers.

The jacket has been tried and tested by the Infantry at their test facilities, he added.

I will work like son of the soil not as Chief Minister of Jharkhand: Hemant Soren