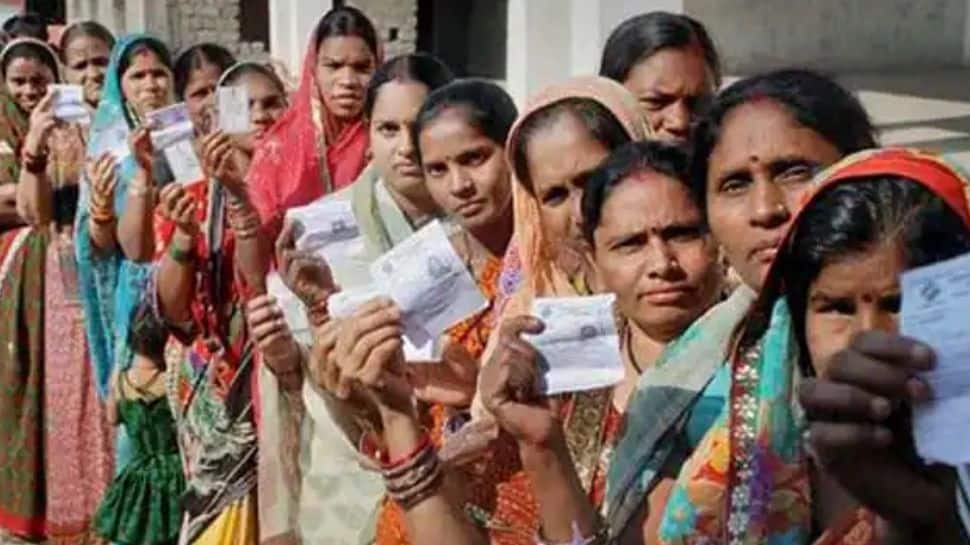 Kolkata: A substantial increase in the number of women voters might play an important role in the ongoing Assembly polls in West Bengal. The percentage of women voters has not only crossed the 49 percent mark, but the gender ratio has also advanced from 956 last year to 961 in the final voter's list published by the Election Commission of India.

Among the other major states, West Bengal is the one where women's participation in the electoral process has been substantially high.

The final electoral roll published by the ECI shows that the percentage of women in the state is 49.01 per cent.

This makes West Bengal the fourth major state after Tamil Nadu, Kerala and Andhra Pradesh where women participate in the electoral process is high.

Kerala with 51.4 per cent ranks the best among the bigger states in the country followed by Tamil Nadu and Andhra Pradesh that have 50.5 per pent and 50.4 per pent female electorates, respectively.

There are five smaller states Goa, Arunachal Pradesh, Puducherry, Manipur, Mizoram and Meghalaya where women electors are higher than their male counterparts. West Bengal has also advanced in gender ratio.

In 2020, the gender ratio was 956 females against 1,000 male electors, this time the female electors have increased to 961. Experts believe that as the female participation in the elections is higher than 81 per cent the increase of women voters might become a deciding factor.

Only smaller states like Tripura, Nagaland and the union territory of Lakshwadeep have better women participation than West Bengal.

As a result, both the Bharatiya Janata Party (BJP) and Trinamool Congress are doing everything to woo the female voters of the state.

Recently, the BJP`s National General Secretary, B.L. Santosh tweeted: "Women voters will chug BJP to sweeping victory, just like Bihar. The dignity of life provided to women by the BJP government led by Prime Minister Narendra Modi has created a huge goodwill that is visible on the roads leading to the polling booths even in Nandigram, where Mamata Banerjee herself is the candidate".

The BJP has also made several announcements in its manifesto focusing on women, including 33 per cent reservation for women in government jobs, increased pension to widows, free transport, and free education from KG to PG level.

Meanwhile, Chief Minister Mamata Banerjee has appointed `Bongo Janani`, the party's political front formed after the Trinamool's drubbing in the 2019 elections, to reach out to women by highlighting the developmental schemes of her government and "rise in crimes against women" in BJP-ruled states.

"The Trinamool government in the last 10 years of its rule in West Bengal, has implemented several globally-acclaimed schemes like `Kanyashree` which have benefited women and girls. We don`t need a certificate from the BJP on what we have done to ensure women`s safety," Sashi Panja, Women and Child Development Minister and Bongo Janani General Secretary, said.

But the state has witnessed a substantial dip in the number of teen voters, the first time voters in the age group between 18-19.