Over 7.34 lakh voters were eligible to vote in 801 polling stations to choose their representatives from among 18 candidates, including three women. 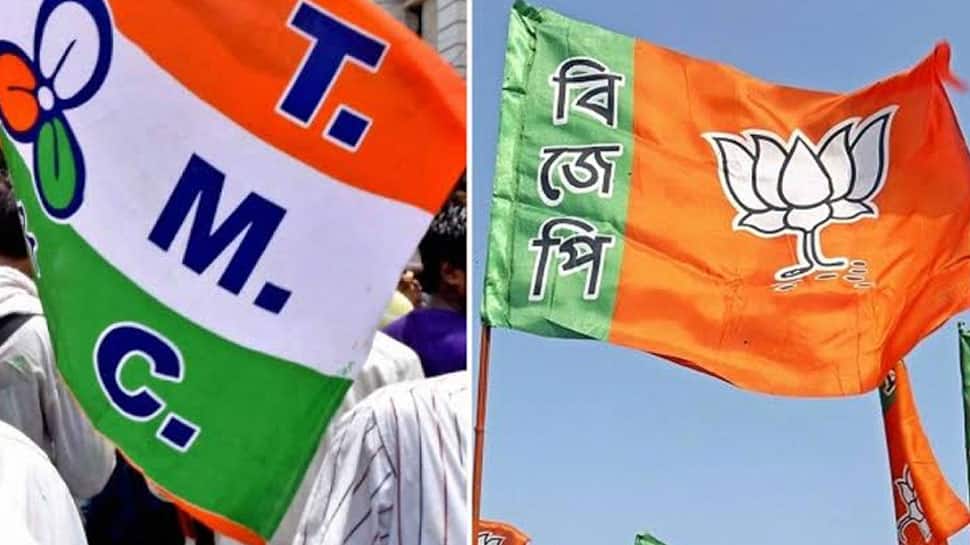 Amid allegations of electoral malpractice from various areas, the bypolls to three West Bengal Assembly constituencies of Kaliagunge, Karimpur and Kharagpur Sadar seats witnessed 77.17%, 81.23% and 67.62% respectively on Monday (November 25), according to Election Commission.

Over 7.34 lakh voters were eligible to vote in 801 polling stations to choose their representatives from among 18 candidates, including three women.

A Bharatiya Janata Party (BJP) candidate was manhandled and pushed into a bush, as the bypolls to three West Bengal Assembly seats took place amid sporadic allegations of electoral malpractices.

In Karimpur (Nadia district), the Trinamool Congress and the BJP were engaged in a no holds barred fight. BJP candidate Jay Prakash Majumdar, the party`s state Vice President and a familiar face in television debates, moved around the constituency since the morning, notwithstanding strong resistance from the Trinamool cadres, said an IANS report.

Majumdar also got involved in a heated exchange with some people, allegedly Trinamool supporters, at a booth in Thanarpara where the BJP alleged that its polling agent had been abducted. Central forces personnel finally intervened and removed those people.

He was also shown black flags and `go back` slogans were raised against him in Sahebpara where he was asked to leave a booth after the Trinamool alleged that he was getting too close to the EVM machines.

But things turned ugly outside the Ghiyaghat Islampur primary school booth where Majumdar had gone after receiving news of alleged electoral malpractice and found eight outsiders in the room where meals were purportedly being prepared for polling officials. The officials, however, denied any knowledge of food being cooked for them only 10 metres from the booth.

Majumdar removed the `outsiders` and lodged a complaint with the district administration, but all hell broke loose when he came out of the booth onto the road. Around 50 people surrounded him, and started slapping and punching him before pushing him into nearby bushes. As Majumdar tried to regain his composure, one of the protesters kicked him hard, sending him hurtling down further into the bushes in full glare of television cameras and the presence of central forces.

An enraged BJP filed FIRs against the Trinamool Congress workers as also the Sub-Divisional Officer for failing to protect the candidate, and moved the Election Commission seeking its immediate intervention in the constituency.

While state BJP President Dilip Ghosh called it an "attempt to murder", state minister and Trinamool district observer Rajib Banerjee claimed that Majumdar was either the victim of his party`s "factional feuds" or had "orchestrated" the incident himself to gain sympathy in the face of "certain defeat".

Majumdar`s rival and Trinamool candidate Bimalendu Sinha Roy also courted controversy after he was found to have entered a booth with the party symbol displayed on his dress. He was ordered to leave the booth.

In the final hours of the polling, some voters at booth number 47 in Pirpukur area alleged that the second polling officer was trying to influence people in favour of BJP. The officer was grilled and the EC has asked for a report.

The BJP, meanwhile, alleged that booth number 266 in East Goalpara primary school was captured by Trinamool workers after they beat and drove away voters and rival polling agents.

There were also reports of booth jamming at Kharagpur College. The Congress moved the EC alleging rampant irregularities and partisan attitude of the administration and the police. Congress leader Suvankar Sarkar said: "The central forces are working for the BJP, the state police are favouring the Trinamool. From whom can other parties and voters expect cooperation?"

The ruling Trinamool Congress and the opposition BJP are contesting all the seats.

The bypolls in Kharagpur Sadar and Karimpur were necessitated after sitting MLAs -- Dilip Ghosh and Mahua Moitra -- were elected to the Lok Sabha, while the bypoll in Kaliaganj is in the wake of the death of Congress MLA Pramath Nath Roy.