Like every year, the TMC supremo inaugurated the Rath Yatra by offering prayers to Lord Jagannath, Balaram and Goddess Subhadra. 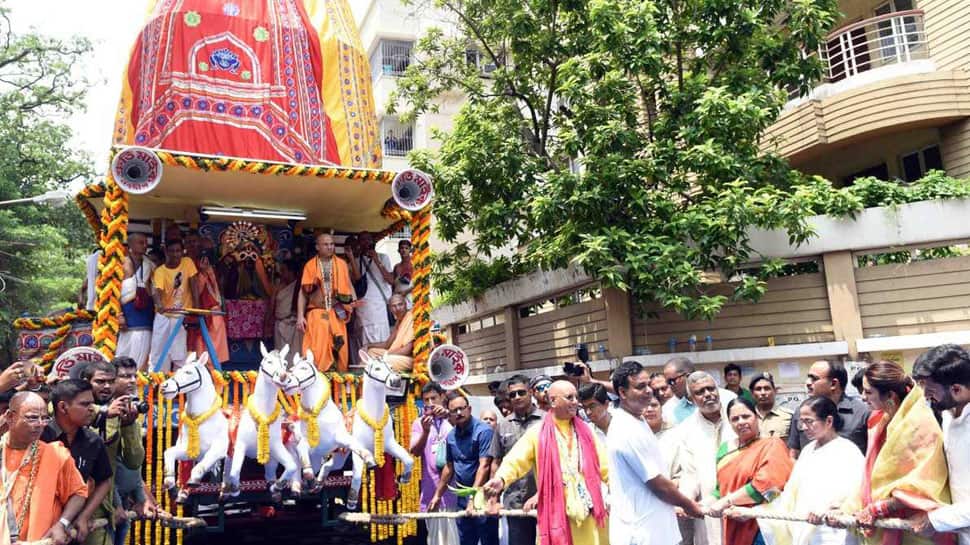 In the backdrop of the controversy where Nusrat was seen sporting the vermillion and ‘chooda’ after her wedding while she took oath in the Lok Sabha, she attended the inauguration despite her reception in the city falling on the same evening. “Bengal has been an example where all religion comes together. Whichever religion we belong, we always celebrate it together. It speaks of unity, it speaks of peace. So I’m very happy to be here," she said.

Later, Mamata also attended the Rath Yatra celebrations at Mahesh temple in Sreerampore in Hooghly district. At both the places – Kolkata and Hooghly, she reiterated the fact that religion is personal but festivals are universal. She wished for the victory of humanism and communal harmony over divisive forces.

She further added that the area in and around the temple will be developed. “We are going to develop this area around Mahesh temple. We will set up guest houses too. People can smoothly come and pray to God. The govt has already sanctioned 10 crore, and we have decided to sanction 15 crores more. We have developed Tarakeshwar temple authority too. We have set up a skywalk at Dakshineswar temple, now we are going to set up a skywalk at Kalighat temple too.”