The WNC of the Indian Navy has been organising additional Yoga Camps onboard its naval units and in residential areas over the past one week.

New Delhi: In line with its past tradition, the Western Naval Command is celebrating the International Yoga Day 2019 onboard Viraat, the decommissioned aircraft carrier that was once the flagship of the Indian Navy.

Traditionally, Western Naval Command (WNC) has always encouraged its Officers and men to pursue and excel in sports, adventure and physical fitness.

The WNC has adopted the philosophy of Yoga - From Fitness to Wellness - to achieve synergy of mind, body, emotions and energy towards a healthy and happy living.

In the run-up to the International Yoga Day, the WNC of the Indian Navy has been organising additional Yoga Camps onboard its naval units and in residential areas over the past week. 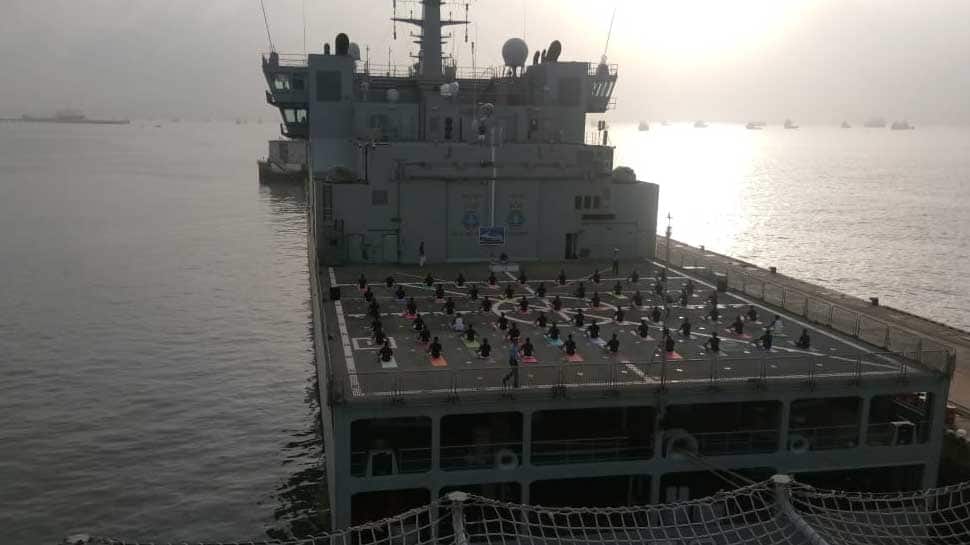 The Yoga camps are conducted with the aim of promoting Yoga as a way of life.

Navy personnel onboard ships and submarines at sea have also been practising Yoga as part of the celebration.

In addition, Yoga has also been made an integral part of morning fitness routines being carried by all units of ENC and not limited to the IDY alone.

In order to introduce the benefits of this ancient art to young children, Yoga is being conducted regularly and has also included in their curriculum in schools under the Eastern Naval Command.