What is Shimla Agreement

The 1971 war had led to the independence of Bangladesh, which was earlier known as East Pakistan and was part of the territory of Pakistan. 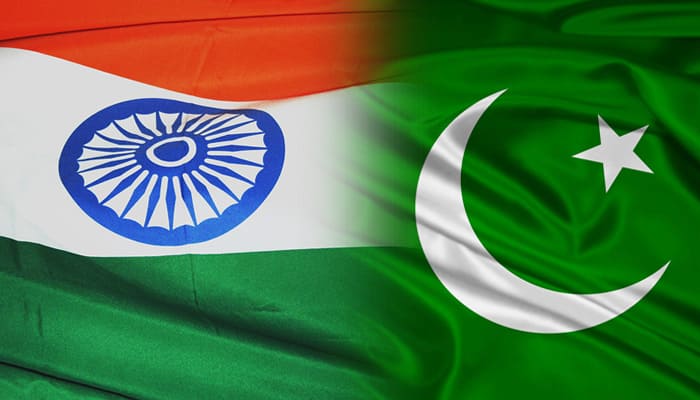 Shimla Agreement was signed by Indian Prime Minister Indira Gandhi and Pakistan President Zulfikar Ali Bhutto on July 2, 1972 and the agreement was much more than a peace treaty between the two nations seeking to reverse the consequences of the 1971 war (i.e. to bring about withdrawals of troops and an exchange of PoWs).  The 1971 war had led to the independence of Bangladesh, which was earlier known as East Pakistan and was part of the territory of Pakistan.

Shimla Agreement was a blue print for good relations between the two neighbouring countries and under the agreement, India and Pakistan undertook to abjure conflict and confrontation which had marred relations between them in the past. The two countries had also agreed to work towards the establishment of durable peace, friendship and cooperation.

The most significant principles of Shimla Agreement, however, are as follow:

a. A mutual commitment to the peaceful resolution of all issues through direct bilateral engagements
b. To build the foundations of a cooperative relationship with special focus on people to people contacts.
c. To uphold the inviolability of the Line of Control in Jammu and Kashmir

The Government of India and the Government of Pakistan are resolved that the two countries put an end to the conflict and confrontation that have hitherto marred their relations and work for the promotion of a friendly and harmonious relationship and the establishment of durable peace in the sub-continent, so that both countries may henceforth devote their resources and energies to the pressing talk of advancing the welfare of their peoples.

That the principles and purposes of the Charter of the United Nations shall govern the relations between the two countries;

That the two countries are resolved to settle their differences by peaceful means through bilateral negotiations or by any other peaceful means mutually agreed upon between them. Pending the final settlement of any of the problems between the two countries, neither side shall unilaterally alter the situation and both shall prevent the organization, assistance or encouragement of any acts detrimental to the maintenance of peaceful and harmonious relations;

That the pre-requisite for reconciliation, good neighbourliness and durable peace between them is a commitment by both the countries to peaceful co-existence, respect for each other’s territorial integrity and sovereignty and non-interference in each other’s internal affairs, on the basis of equality and mutual benefit;

That the basic issues and causes of conflict which have bedevilled the relations between the two countries for the last 25 years shall be resolved by peaceful means;

That they shall always respect each other’s national unity, territorial integrity, political independence and sovereign equality;

That in accordance with the Charter of the United Nations they will refrain from the threat or use of force against the territorial integrity or political independence of each other.

Both Governments will take all steps within their power to prevent hostile propaganda directed against each other. Both countries will encourage the dissemination of such information as would promote the development of friendly relations between them.

In order progressively to restore and normalize relations between the two countries step by step, it was agreed that;

Steps shall be taken to resume communications, postal, telegraphic, sea, land including border posts, and air links including overflights.

Appropriate steps shall be taken to promote travel facilities for the nationals of the other country.

Trade and co-operation in economic and other agreed fields will be resumed as far as possible.

Exchange in the fields of science and culture will be promoted.

In this connection delegations from the two countires will meet from time to time to work out the necessary details.

In order to initiate the process of the establishment of durable peace, both the Governments agree that:

Indian and Pakistani forces shall be withdrawn to their side of the international border.

In Jammu and Kashmir, the line of control resulting from the cease-fire of December 17, 1971 shall be respected by both sides without prejudice to the recognized position of either side. Neither side shall seek to alter it unilaterally, irrespective of mutual differences and legal interpretations. Both sides further undertake to refrain from the threat or the use of force in violation of this Line.

The withdrawals shall commence upon entry into force of this Agreement and shall be completed within a period of 30 days thereof.

This Agreement will be subject to ratification by both countries in accordance with their respective constitutional procedures, and will come into force with effect from the date on which the Instruments of Ratification are exchanged.

Both Governments agree that their respective Heads will meet again at a mutually convenient time in the future and that, in the meanwhile, the representatives of the two sides will meet to discuss further the modalities and arrangements for the establishment of durable peace and normalization of relations, including the questions of repatriation of prisoners of war and civilian internees, a final settlement of Jammu and Kashmir and the resumption of diplomatic relations.