Who is Air Marshal Vivek Ram Chaudhari, set to be new Chief of Indian Air Force?

An alumnus of the National Defence Academy, Air Marshal Chaudhari was commissioned into the fighter stream of the IAF on December 29, 1982. 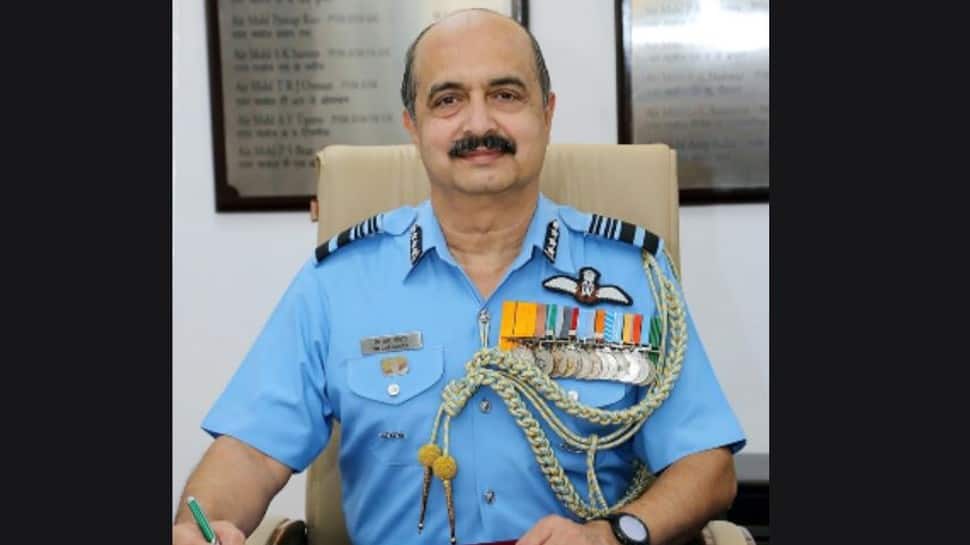 Air Marshal Chaudhari is presently serving as Vice Chief of the Air Staff.

"The government has decided to appoint Air Marshal V R Chaudhari, presently Vice Chief of Air Staff, as the next Chief of the Air Staff after the retirement of Air Chief Marshal RKS Bhadauria on September 30," the ministry said in a brief statement.

Chaudhari has held command, staff and instructional appointments at various levels and took over as Vice Chief of Air Staff on July 1.

Before becoming Vice Chief of the IAF, he was serving as commander-in-chief of the Western Air Command (WAC) that looks after the security of Indian air space in the sensitive Ladakh sector as well as various other parts of north India.

An alumnus of the National Defence Academy, Air Marshal Chaudhari was commissioned into the fighter stream of the IAF on December 29, 1982.

In a distinguished career spanning nearly 38 years, the officer has flown a wide variety of fighter and trainer aircraft in the inventory of IAF.

Apart from various operational issues, Air Marshal Chaudhari will have to also address matters related to the ambitious theaterisation model of the armed forces.

The theatre commands are being planned to integrate the capabilities of the three services and to ensure optimal utilisation of their resources.

The theatre commands are being set up under a larger mandate of ensuring synergy among the three service chiefs to deal with future security challenges.

Chief of Defence Staff Gen Bipin Rawat has been focusing on bringing convergence among the three services and restructuring military commands to effectively deal with future security challenges.

There has been a growing perception that the Indian Air Force has some reservations about the theaterisation programme.