Will cut nails of those who poke my government: Tripura Chief Minister Biplab Kumar Deb

Notably, the Tripura CM has been in the line of fire in recent past over several remarks made by him. 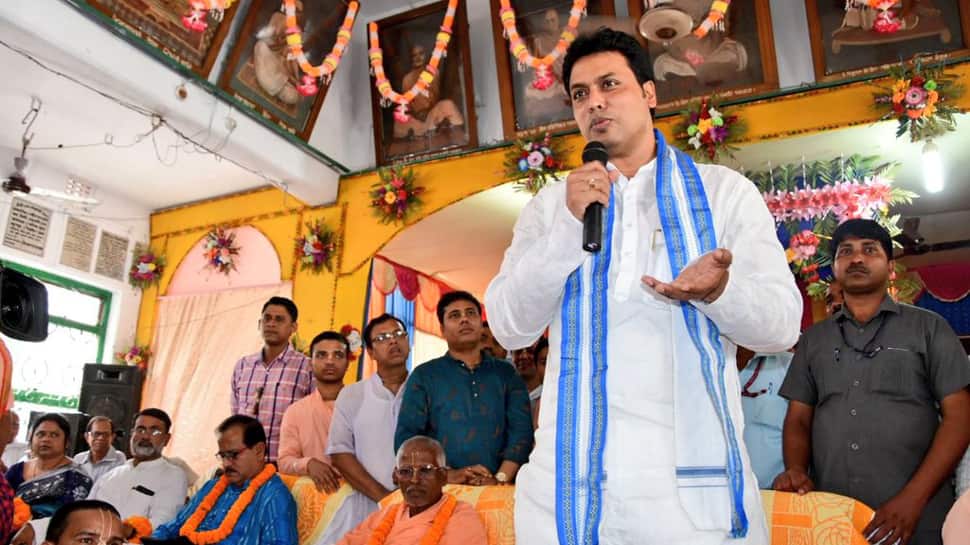 In a fresh salvo, Tripura Chief Minister Biplab Kumar Deb has said that those who try to poke in the functioning of his government, their nails should be cut. Addressing a public gathering, the loudmouth Bharatiya Janata Party (BJP) leader said that no one should doubt that the “government is of Biplab Deb”.

Notably, the Tripura CM has been in the line of fire in recent past over several remarks made by him. While once he said that mechanical engineers should not go for civil services, he also advised unemployed youth to rear cows instead of striving for government jobs. In another statement, he also questioned the crowning of Diana Hayden as Miss World in 1997.

At an event at the Prajna Bhawan in Tripura on Friday, the BJP leader had said, "Those who are from a mechanical engineering background should not opt for civil services. Society has to be built up. Civil engineers have this knowledge... Because those in the administration have to build the society."

After a spate of controversial remarks, the Tripura CM has been summoned by Prime Minister Narendra Modi and BJP president Amit Shah on May 2.

Earlier, in a statement apparently highlighting the significance of cows, Deb had said, "Every house should have a cow. Here, milk is Rs 50 a litre, so rear a cow. Someone is a graduate, searching for a job for 10 years. If he had reared a cow for 10 years, then a bank balance of Rs 10 lakh would have been created."

Unlike Rahul Gandhi, I've not learnt the art of living without working: Piyush Goyal hits back