Will fight till my last breath for restoration of J&K's special status: Omar Abdullah

"We are not fighting for ourselves and our homes but our fight is for you (people of Jammu and Kashmir) and safeguarding your interests. Our fight is for the restoration of our rights which were snatched from us on August 5, 2019 and we will keep fighting till our last breath," said Omar Abdullah in a public rally in the Gool area. 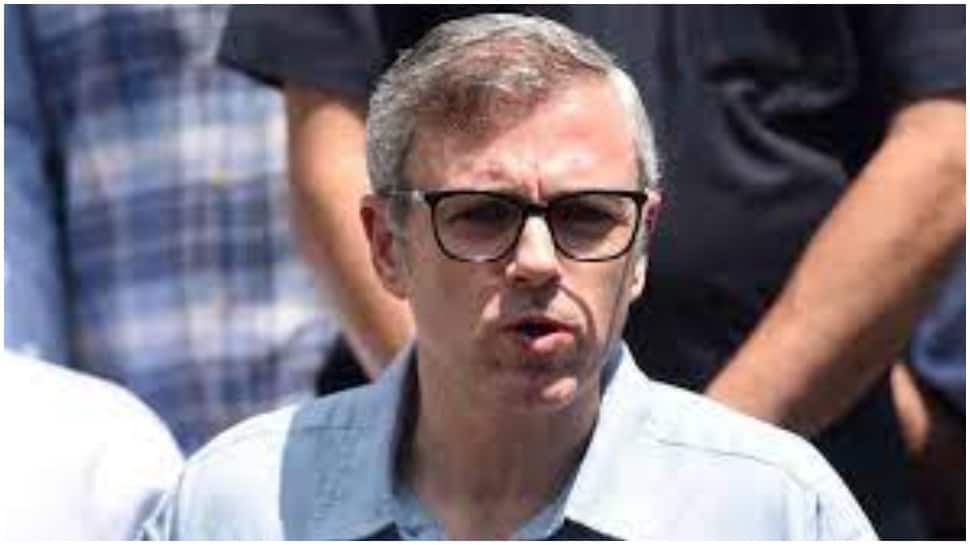 Banihal/Jammu: National Conference vice president Omar Abdullah on Saturday (November 27) pledged to fight till his last breath for the restoration of Jammu and Kashmir's special status and statehood as he visited the family of youth from Ramban district who was among the four persons killed in a controversial encounter in Srinagar on November 15.

Abdullah, a former chief minister, visited Gool area on the second day of his eight-day tour of the Chenab Valley region comprising the Ramban, Doda, and Kishtwar districts of Jammu and Kashmir.

"...We are not fighting for ourselves and our homes but our fight is for you (people of Jammu and Kashmir) and safeguarding your interests. Our fight is for the restoration of our rights which were snatched from us on August 5, 2019 and we will keep fighting till our last breath," he told a public rally in Gool area.

He said this is the fight for truth and justice and those fighting for these do not take their steps back but take the struggle to its logical conclusion.

The Centre abrogated Jammu and Kashmir's special status under Article 370 of the Constitution and bifurcated the state into union territories in August 2019.

Abdullah also visited the family of Amir Magray -- one of the four persons killed in the Hyderpora encounter of Srinagar on November 15. Magray's family claimed he was innocent and demanded immediate handing over of his body to them for performing last rites.

The NC leader had to trek around 5 km to reach the family's house. "Today the situation has reached a stage where unfortunately we have to lodge protests for the bodies of innocent civilians. He (Magray) moved to Srinagar for work as he was unable to find a door for a job in his district."

"His father lives in police protection for fighting against militancy in this remote area. The family wants to perform his last rites which is being denied to them," he said and asked was this the reason for the decisions forced on the people of Jammu and Kashmir in August 2019.

Training his gun on the leaders claiming to fight for the Jammu region, the NC leader questioned their silence on the plight of the family of Magray.

"Was not Gool part of Jammu province? Why are they not on the roads to seek the body of the youth?" he said.
Demanding handing over of the body of the deceased to his family, Abdullah said this is grave injustice with a family which had all along fought and suffered to eradicate militancy from the region.

"They are claiming that there was no development in J&K before 2018 (when BJP and PDP came together after the fall of NC-Congress government).... I want to ask them what changed after you came to power and reorganised and downgraded the erstwhile state," the former chief minister said.

He asked the BJP to brief the people about the new development works initiated by its government, new water and electricity lines laid and power projects started.

"You (BJP) talked about giving freedom to the people of a few ruling families and taking the development to new heights. Every promise has proved a hoax as the situation has reached a stage where we have to knock every door for justice. The peace is nowhere to be seen," he said.

Continuing his tirade against the BJP, he said the promised industrialisation is nowhere and our unemployed youth are running from pillar to post to get a job as none from Ambani, Birla and Tata came here.

He also questioned different sets of rules for J&K and Ladakh and said while the land and jobs were reserved for the people of Ladakh, why the same was not done in Jammu and Kashmir.

The future of Ladakhi youth is safe as the government has reserved jobs and land for them along with the state subject, while anyone can come and take our jobs, land, and scholarship. Why this discrimination with us he asked.

Highlighting various reformative measures taken by the previous National Conference governments over the years for the upliftment of the people of J&K, he said land to the tiller was one of the biggest step taken by them but this government is out to snatch the land which was transferred to the people under the Roshni Act.

Today the situation is that a newspaper owner is frightened to report the truth in his paper. It is not like that he did not want to write the stories based on truth but he is not allowed to write as he will face cuts in government advertisement, he said.

He said the situation is very tough as anyone raising his voice against the injustice is being dubbed as anti-national.

Abdullah said he has not come to seek votes to win elections but has come to caution the people against the conspiracies being hatched by New Delhi to divide the people of Jammu and Kashmir.

Delhi is creating various parties and their only aim is to divide the votes of Kashmiris, Chenab Valley and Pir Panchal regions. We have to remain alert and frustrate their designs, he said.