Will make nephew join BSP movement, give him chance to learn: Mayawati

The BSP chief asserted that the alliance of BSP and SP (Samajwadi Party) and the rise in the popularity of BSP have created unrest among other parties and the leaders. 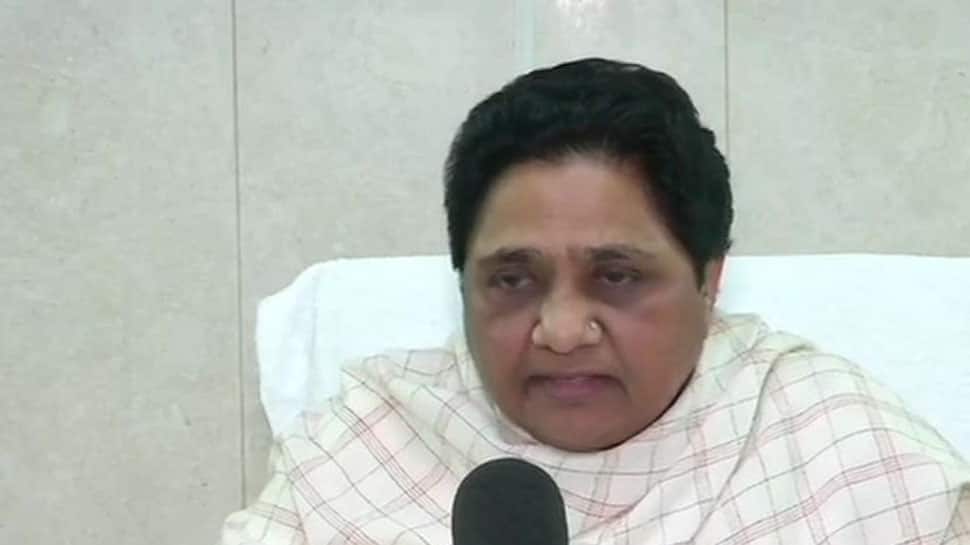 Taking on allegations of nepotism levelled against her, Bahujan Samaj Party (BSP) supremo Mayawati on Thursday announced that she will make her nephew Akash join the BSP "movement" and give him a chance to learn the ropes.

Addressing a press conference, the BSP chief asserted that the alliance of BSP and SP (Samajwadi Party) and the rise in the popularity of BSP have created unrest among other parties and the leaders. She accused them of being anti-Dalits and casteists.

She added that instead of fighting them fair and square they are making "absurd remarks". She further accused them of conspiring with some casteist and media channels.

Remembering BSP founder Kanshi Ram, the BSP chief said that as she is a disciple she would give them a befitting reply to them.

If anyone has problems with that, so be it, her party does not care, Mayawati said. She said her younger brother Anand Kumar and his family had selflessly struggled since 2003 to support her and the BSP but never sought a party position.

"Rise in the popularity of BSP and its alliance with SP has created unrest among parties and leaders who are anti-Dalits & casteist. Instead of fighting us fair and square they are making absurd remarks against us and conspiring with some casteist and anti-Dalit TV channels," she said.

"I will make Akash (her nephew) join BSP’s movement and give him a chance to learn. I am a disciple of Kanshi Ram ji, so to give a 'tit for tat' answer I will make Akash (her nephew) join BSP movement and make him learn. If some casteist and the anti-Dalit section of media has a problem with that then let it be. Our party doesn't care," added the BSP chief.

Her comments follow reports in a section of the media that her nephew would be her heir apparent.