Will strengthen Congress in UP; contest 2022 polls alone: Jyotiraditya Scindia

He said that after discussions and taking the feedback and suggestions of the candidates and the party leaders, it had emerged that hard work was required to strengthen the Congress organisational structure at the ground level. 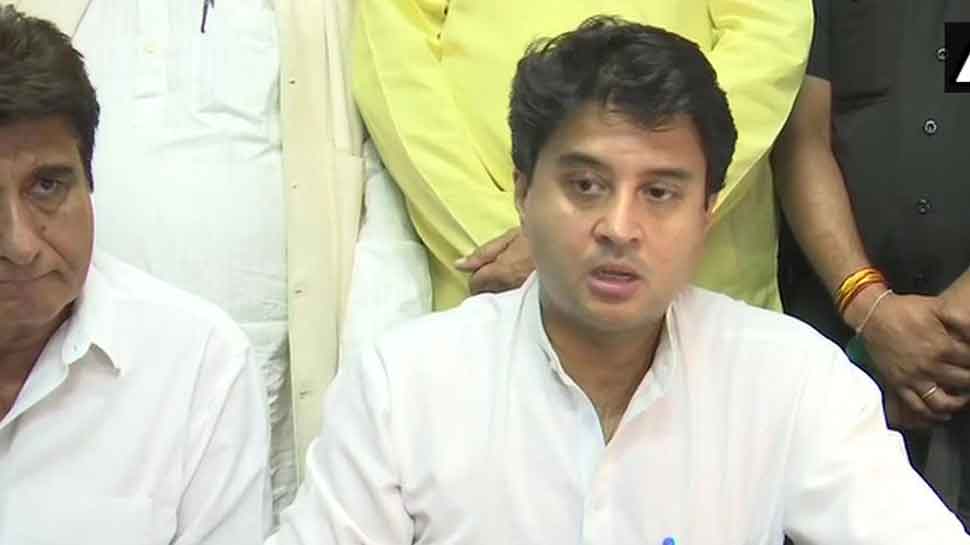 Lucknow: AICC General Secretary in charge of western Uttar Pradesh, Jyotiraditya Scindia, said here on Friday that strengthening the Congress organisational structure was the top priority of the party in UP.

He briefly spoke to reporters at the Uttar Pradesh Congress Committee (UPCC) headquarters after a six-and-a-half hour long marathon review meeting to understand the causes of the party`s debacle in the Lok Sabha polls in western UP.

He said that after discussions and taking the feedback and suggestions of the candidates and the party leaders, it had emerged that hard work was required to strengthen the Congress organisational structure at the ground level.

Scindia said that in the next review session expected to be held after two weeks, the candidates for the bypolls to be held in 12 Vidhan Sabha seats will be finalised in consultation with the ground-level leaders.

He also ruled out any alliance with any party for the 2022 Vidhan Sabha elections in the state, saying the party would contest on its own. The process of preparing for the next Assembly polls will begin in two weeks` time.

On June 12, All India Congress Committee (AICC) General Secretary in charge of eastern Uttar Pradesh, Priyanka Gandhi Vadra, had held a review meeting with the candidates and party functionaries of eastern UP in Rae Bareli.

While Scindia is in charge of 39 seats of western Uttar Pradesh and Terai region, Priyanka holds the charge of the 41 districts in eastern UP.