Will you not give COVID-19 vaccine to those who don’t vote for you: Shiv Sena asks BJP

A day after the BJP promised to give free COVID-19 vaccines to people in Bihar in its election manifesto, its estranged former NDA ally Shiv Sena on Friday asked it to clarify if those who will not vote for the party will be given the vaccine or not. 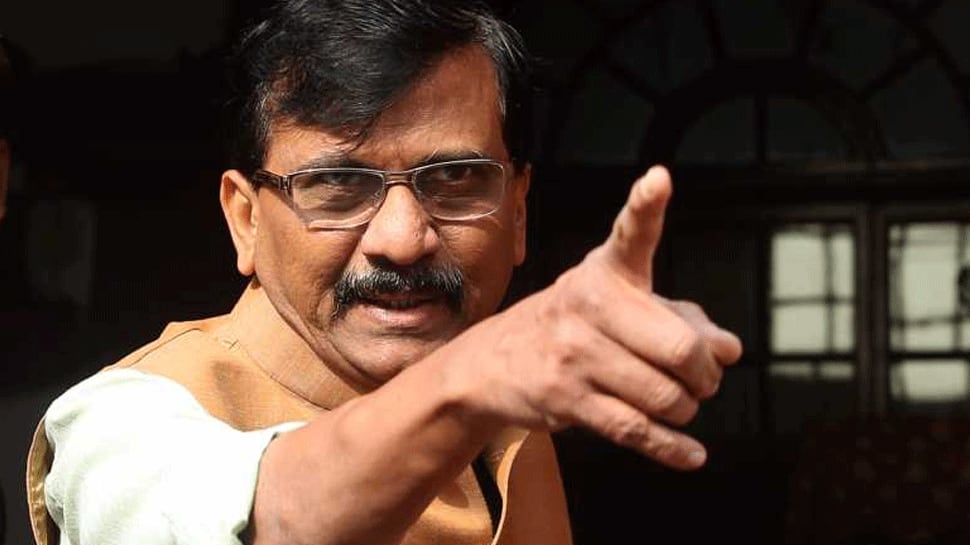 MUMBAI: A day after the BJP promised to give free COVID-19 vaccines to people in Bihar in its election manifesto, its estranged former NDA ally Shiv Sena on Friday asked it to clarify if those who will not vote for the party will be given the vaccine or not.

Shiv Sena Rajya Sabha MP Sanjay Raut, while targeting the BJP's statement to give free coronavirus vaccine to people in Bihar, said, “The party should tell whether those who will not vote for BJP will not be given the vaccine.”

The Shiv Sena spokesperson further said that earlier the BJP used to distribute in the name of caste and religion, now they will divide people in the name of the vaccine. “This kind of rhetoric that is being done about the COVID-19 vaccine is spoiling the image of Prime Minister Narendra Modi,” Raut said.

Opposition parties had on Thursday slammed the BJP for promising free COVID-19 vaccines in its Bihar poll manifesto and demanded action by the Election Commission, while alleging that the ruling party was using the pandemic for political gains.

Congress leader Rahul Gandhi took a swipe at the BJP, saying one has to refer to the state-wise election schedule to know when one will have access to the vaccine. The opposition attack forced the BJP to explain that health is a state subject and its manifesto is for Bihar, not for the entire country, where it has promised that the state will buy the vaccine for its people.

The RJD, the Congress, Shiv Sena, Samajwadi Party and the National Conference all raised questions on the BJP's poll promise of free vaccine for Bihar, alleging that it is politicising the matter.

Congress leader Shashi Tharoor tweeted a video of Union minister Nirmala Sitharaman, saying, "You give me vote, I will give you vaccine...What appalling cynicism! Will the EC rap her and her shameless Government on the knuckles?"

Chhattisgarh Health Minister T S Singh Deo said a free COVID vaccine is a right of every citizen. "The EC must take suo moto cognisance as the Modi government can't be selective about free access to COVID vaccine depending on electoral results," he added.

Finance Minister Nirmala Sitharaman released the manifesto for Bihar assembly polls which promised free vaccine once it has been cleared by the ICMR.

"The NDA government in Bihar has set an example before the country in the fight against corona. It's our resolve that once the vaccine against the coronavirus has been cleared by the ICMR, we will make it available to the people of Bihar free of cost," said the manifesto. The promise figured at the top of the BJP's election document.

The RJD said the vaccine belongs to the country and not the BJP, which is using it for its politics.

"The corona vaccine belongs to the country, not the BJP! The political use of the vaccine shows that they have no alternative but to sell the fear of disease and death. Biharis are self-respecting, and will not sell their children's future for a small amount," the RJD said on its official Twitter handle.

SP leader Akhilesh Yadav said the ruling BJP in the country is saying it will get the corona vaccine free for the people of Bihar. "Why such a declaration was not made for UP and other states. The people of Uttar Pradesh and the country will give its reply to such opportunistic petty politics of the BJP in the upcoming elections," he said in a tweet in Hindi.

NC leader Omar Abdullah asked whether the BJP will pay for the COVID vaccine from its own money. "If it's coming from the govt treasury then how can Bihar get free vaccines while the rest of the country has to pay? There is so much wrong with this blatant populism that shamefully exploits COVID fears," he tweeted.

Bihar Deputy Chief Minister Sushil Kumar Modi said it is BJP's manifesto for Bihar and not for the entire country. He said since health is a state subject, it is up to the state to promise whether they would provide the vaccine free to its people.

Seeking to counter the opposition attack, BJP's Amit Malviya said the Centre will provide the vaccines to states at a nominal rate and it is for the state governments to provide it free to its people.

"BJP's manifesto promises free COVID vaccine. Like all programs, the Centre will provide vaccines to states at a nominal rate. It is for the state govts to decide if they want to give it free or otherwise. Health is a state subject, Bihar BJP has decided to give it free. Simple," he said.

BJP general secretary (organisation) B L Santhosh claimed that the free vaccine promise by the party in its poll manifesto has got huge traction. "As usual ecosystem gets into overdrive to ridicule the proposal. It's our resolve whenever a vaccine is available in whatever quantity it may be, it will be provided free in Bihar," he said.

TMC leader Saugata Ray also said that it was "irresponsible" of the finance minister to promise the vaccine even when it is yet to be approved officially.