Addressing a press conference, Faesal ruled out the possibility of joining separatist Hurriyat Conference saying his experience in governance could not be used there. 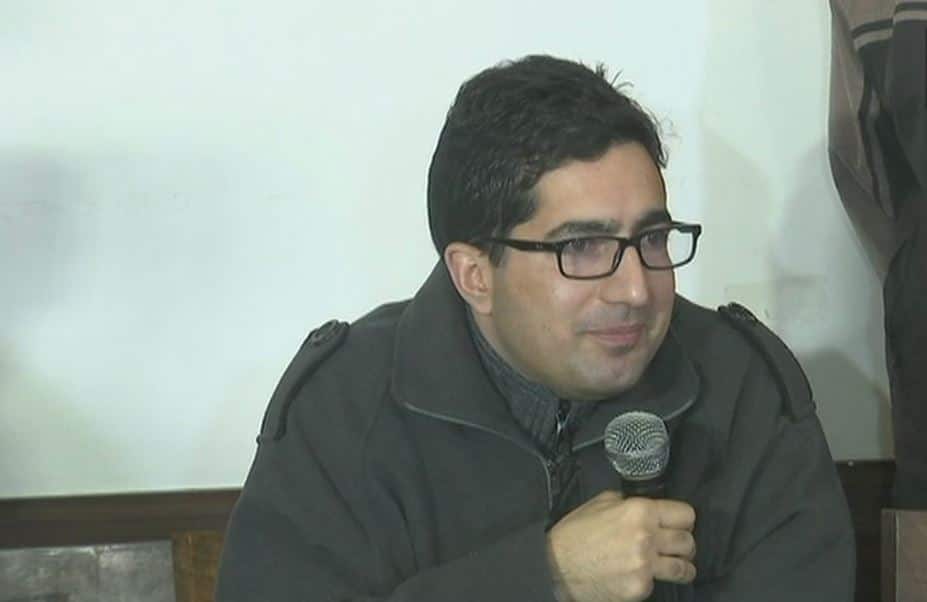 SRINAGAR: IAS officer Shah Faesal, who has announced his resignation, Friday said he was willing to contest the upcoming parliamentary elections but would not be joining any political party "as of now".

Addressing a press conference here, he ruled out the possibility of joining separatist Hurriyat Conference saying his experience in governance could not be used there.

Faesal, who has been in the limelight since becoming the first Kashmiri to top the civil services exam in 2009, announced his resignation on January 9 through social media to protest the "unabated" killings in Kashmir and the marginalisation of Indian Muslims.

In a brief statement on Facebook, the 35-year-old Faesal, who belongs to 2010 batch of the IAS, said his resignation was also to protest "the marginalisation and invisiblisation of around 200 million Indian Muslims at the hands of Hindutva forces reducing them to second-class citizens; insidious attacks on the special identity of the state and growing culture of intolerance and hate in mainland India in the name of hyper-nationalism".

"I wish to reiterate that voices of reason in this country cannot be muzzled for long and the environment of siege will need to end if we wish to usher in true democracy," he had said.

Faesal, an MBBS degree holder, is likely to join the National Conference and may contest the Lok Sabha elections from Baramulla parliamentary seat, political sources said.

"Hope his outrage over killings and his sentiment that #KashmiriLivesMatter guide his choice of politics and gets reflected in representing his people's collective deep driving desire of right to self-determination and their relentless struggle and sacrifice in achieving it - also the reason behind killings and repression on them by the state," the Hurriyat leader had said in his tweet.