Here's a detailed account of how IAF braveheart Abhinandan Varthaman shot down a P[akistan f-16 fighter and emerged as a national hero. 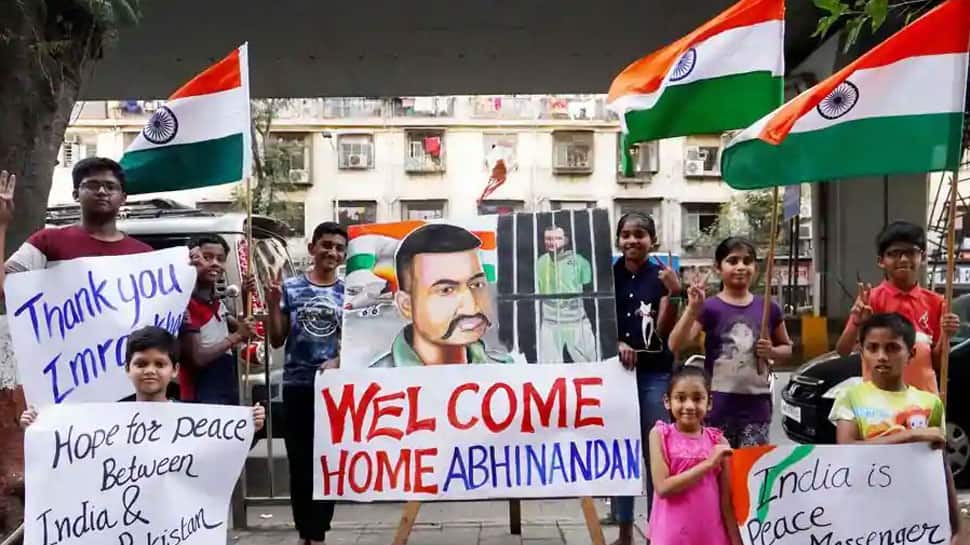 NEW DELHI:  As the entire country welcomes IAF braveheart Abhinandan Varthaman, who was captured by the Pakistani forces and handed over to the Indian authorities at the Wagah-Attari Border check post in Amritsar on Friday, here's is a detailed account of how he shot down a Pakistan F-16 fighter aircraft during an areal dogfight on Wednesday morning, dealt with his captors and finally emerged as a national hero.

According to media reports, the brave fighter pilot was part of an IAF patrol mission which chased Pakistani fighter jets who had crossed into the Indian airspace on Wednesday morning around 9.30 AM in the Ponch-Rajouri sector.

With his aircraft being hit, Abhinandan ejected from the MiG-21 Bison aircraft he was flying and landed on the other side of the Line of Control in the Lam area in PoK.

He was captured by locals in PoK before being finally taken into custody by the Pakistan Army personnel. Later, videos of his capture surfaced showing Pakistani army soldiers and officers intervening forcefully to save him from a crowd of angry citizens.

As per Pakistan's leading daily Dawn, a local in Horra'n village (which is very close to the LoC) in Bhimber district of PoK heard a commotion in the air and realised two fighter jets had caught fire. While one of them sped across the LoC, the other burst into flames and came down swiftly.

The local saw a parachute descending on the ground and a pilot emerging out of it.

Upon seeing the pilot, the local called other people out from his village, asking them to get hold of the pilot until the army personnel arrived.

The IAF pilot, who was equipped with a pistol, asked the villagers whether it was India or Pakistan, to which one of them falsely replied that it was India.

Hearing this, the pilot then shouted pro-India slogans and sought to know which place was it exactly in India to which some said it was Qilla'n.

The pilot also reportedly asked the villagers for some water to drink as his "back was broken".

His shouting of pro-India slogan offended one of the locals who could not hold his emotions and started shouting "Pakistan Army Zindabad".

On this, the IAF pilot fired shots in the air while the locals picked up stones in their hands. The officer then ran nearly half a kilometre in backward direction keeping his pistol pointed towards the locals who started trailing him.

While running, he tried to scare the villagers away by firing some more gunshots in the air but to no avail, the local said.

In order to save himself, the pilot then jumped into a small pond where he hurriedly took out some documents and maps from his pockets and tried to swallow some of them and soaking others in the water.

The locals asked him to drop his weapon and one of them shot at his leg, according to a villager.

The pilot finally came out and asked the villagers not to kill him. The locals then caught him from both his arms while some of them manhandled him, beat him up, others tried to stop them.

Meanwhile, the army personnel reached the spot and took the IAF officer in their custody while shielding him from the angry mob, said the Dawn report.

The pilot was then taken in a convoy of military vehicles to a Pakistani army installation in Bhimber.

Wing Commander, who is a member of the SKAT - Surya Kiran Acrobatic Team - which means he's a skilled pilot, was interrogated by the Pakistani Army officials.

The pilot didn't panic or lose his mind even after being captured by the Pakistani forces and refused to divulge vital details regarding his mission and identity.

As the events unfolded, the government said that one of its pilots was "missing in action" after shooting down a Pakistani aircraft that was targeting Indian military installations.

The Ministry of External Affairs (MEA) later confirmed that the missing officer is in Pakistan's custody and demanded his immediate and safe return to India.

MEA issued the statement after it summoned the Acting High Commissioner of Pakistan to lodge "a strong protest at the unprovoked act of aggression by Pakistan against India."

Pakistan initially claimed it had two Indian pilots, but amended later that "there is only one pilot" and he is being treated "as per norms of military ethics". In various videos circulated by Pakistani accounts, the pilot was seen blindfolded and wounded, his arms tied behind his back, being interrogated. The videos were taken off as Pakistan faced allegations of violating the Geneva Convention for prisoners. Later, a video showed the pilot sipping tea, saying that "officers of the Pakistani army have looked after me well".

Amid mounting international pressure, Pakistan Prime Minister Imran Khan, in a joint Parliament session on Thursday, announced that the IAF pilot will be released as a ''peace gesture.''