With additions like INS Khanderi, India can now give 'much bigger blow' to Pakistan: Rajnath Singh

Rajnath Singh also took a swipe at Pakistani Prime Minister Imran Khan and said that the latter has been "creating content fit for cartoon makers in trying to internationalise the Kashmir issue." 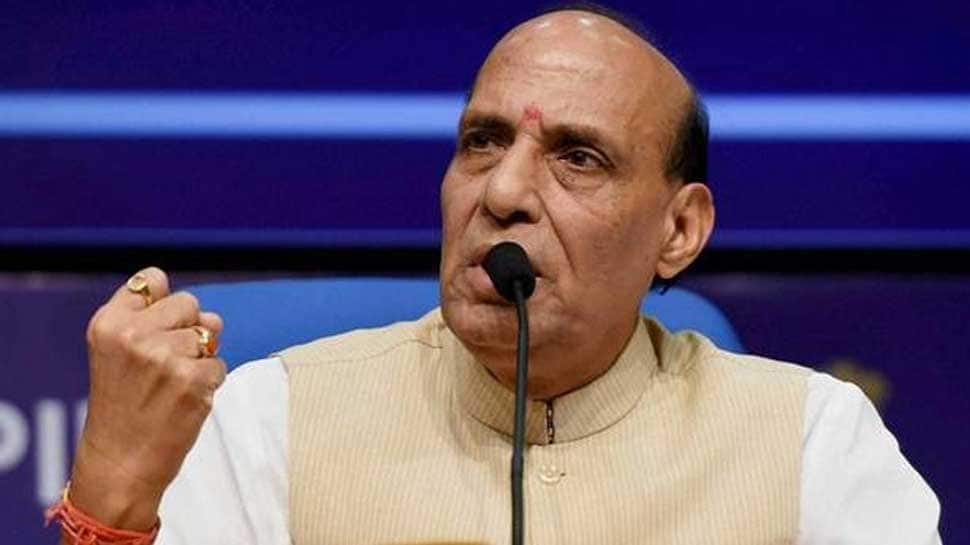 New Delhi: Defence Minister Rajnath Singh, who on Saturday commissioned India's second Scorpene-class attack submarine INS Khanderi, slammed Pakistan, saying that the neighbour should be wary of the recent additions to our naval capacity as with them we could deliver them a bigger blow.

"Pakistan should understand that today with the strong resolve of our government and advancement in naval capacity with additions like INS Khanderi, we are capable of giving a much bigger blow to it," Singh said at the event in Mumbai.

Defence Minister Rajnath Singh at Commissioning of INS Khanderi in Mumbai: Pakistan should understand that today with strong resolve of our government and advancement in naval capacity with additions like INS Khanderi, we are capable of giving much bigger blow to it. pic.twitter.com/ShkY5sugxX

Khanderi has been named after the wide-snouted Sawfish, a deadly predator of the Indian Ocean, and on Saturday, it became the 17th submarine of the Indian Navy. The state-of-the-art features of this Scorpene class submarine include superior stealth and the ability to launch a crippling attack on the enemy using precision-guided weapons.

"The name Khanderi is inspired by the dreaded 'Sword Tooth Fish'. Khanderi is also the name of an island fort constructed by Chhatrapati Shivaji Maharaj. He was one of the few medieval rulers in the country who understood the significance of Naval supremacy," the Defence Minister said.

"Our government is alert to the needs of our defence forces and we are committed to fulfilling it," he added.

Singh also took a swipe at Pakistani Prime Minister Imran Khan and said that the latter has been "creating content fit for cartoon makers in trying to internationalise the Kashmir issue."

Pakistan has been crying foul over India's decision to abrogate Article 370, which granted special status to Jammu and Kashmir and bifurcation of the state into two Union Territories - Jammu & Kashmir and Ladakh.

"While our progressive steps in Jammu and Kashmir are receiving global support, Pakistani Prime Minister has been running around door to door and creating content for cartoon makers. Recent US visit of Honourable Prime Minister Narendra Modi Ji showcased India's emergence as a superpower. We witnessed how Modi Ji was welcomed by top leaders of the US at jam-packed Stadium," Singh said.

At the United Nations General Assembly (UNGA) adress on Friday, where Prime Minister Narendra Modi, without naming Pakistan said that its important for the world to unite in the fight against terrorism, Pakistan Prime Minister Imran Khan raked up the Kashmir issue and used the global platform for his anti-India rhetoric.

However, India gave a sharp response to Imran's speech and asked, "Will Pakistan acknowledge that it provides pension to listed terrorists?"

She said that Imran's threat of unleashing nuclear devastation "qualifies as brinkmanship not statesmanship".