With family at The Oval, Vijay Mallya booed by fellow Indian spectators

Beleaguered businessman Vijay Mallya was booed on Sunday with "chor hai (you are a thief)" chants as he watched the World Cup fixture between India and Australia at the Oval here. 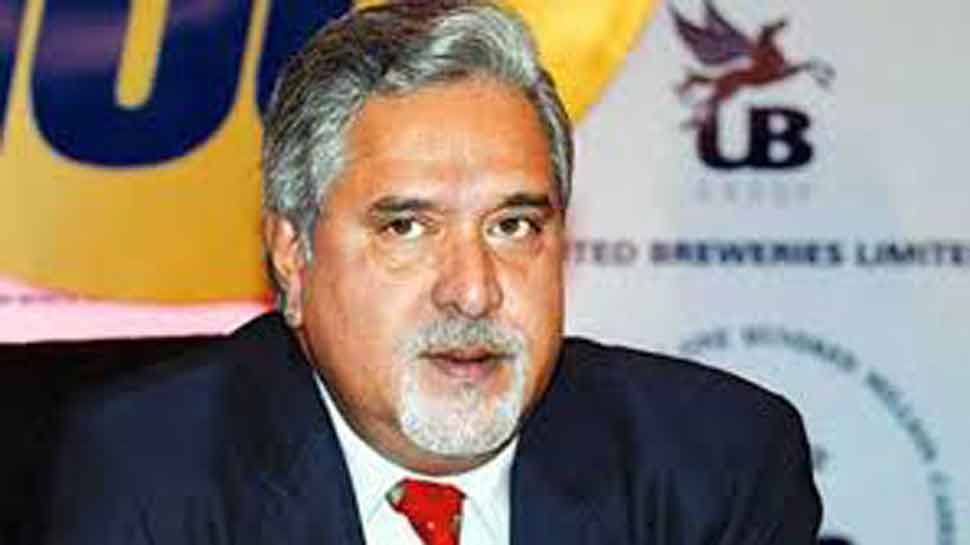 London: Beleaguered businessman Vijay Mallya was booed on Sunday with "chor hai (you are a thief)" chants as he watched the World Cup fixture between India and Australia at the Oval here.

In one of the videos doing rounds on social media, Mallya could be seen surrounded by a small crowd of people pushing and shoving as the cries of "chor hai (you are a thief)" increased as he left after the match.

#WATCH London, England: Vijay Mallya says, "I am making sure my mother doesn't get hurt", as crowd shouts "Chor hai" while he leaves from the Oval after the match between India and Australia. pic.twitter.com/ft1nTm5m0i

At one point, a shout of "Be a man, apologise to your country" is heard, to which his response is inaudible.

Earlier in the day, Mallya had tweeted a picture of him with his son Siddharth standing in one of the stands at the Kennington Oval.

"Great to watch cricket with my son and even sweeter to see India`s emphatic victory over Australia. Congratulations to Virat Kohli and his team," he tweeted after India won the match by 36-runs.

Great to watch cricket with my son and even sweeter to see India’s emphatic victory over Australia. Congratulations to ⁦@imVkohli⁩ and his team pic.twitter.com/R01aB1WbSA

Mallya is facing extradition proceedings in the UK. The 63-year-old left India on March 2, 2016, after defaulting on loans amounting to Rs 9,000 crore. He has repeatedly denied fleeing the country, saying he is ready to pay back the money he owed to the Indian banks.

India had in 2017 filed for Mallya`s extradition, which he contested. He is out on bail. A consortium of 13 banks, led by the State Bank of India (SBI), has initiated loan recovery proceedings against him. The proceedings are on before a special court in Mumbai under the Fugitive Economic Offenders Act.

The Enforcement Directorate (ED) had also moved the Special Prevention of Money-Laundering Act Court last year to get Mallya declared a "fugitive economic offender" and confiscate his properties, estimated at more than Rs 12,000 crore, making it the first such case of its kind under the new law.