They also said that all future calls by SKM will be supported and it is just for today`s protest that the farmers in Palwal are not taking part. 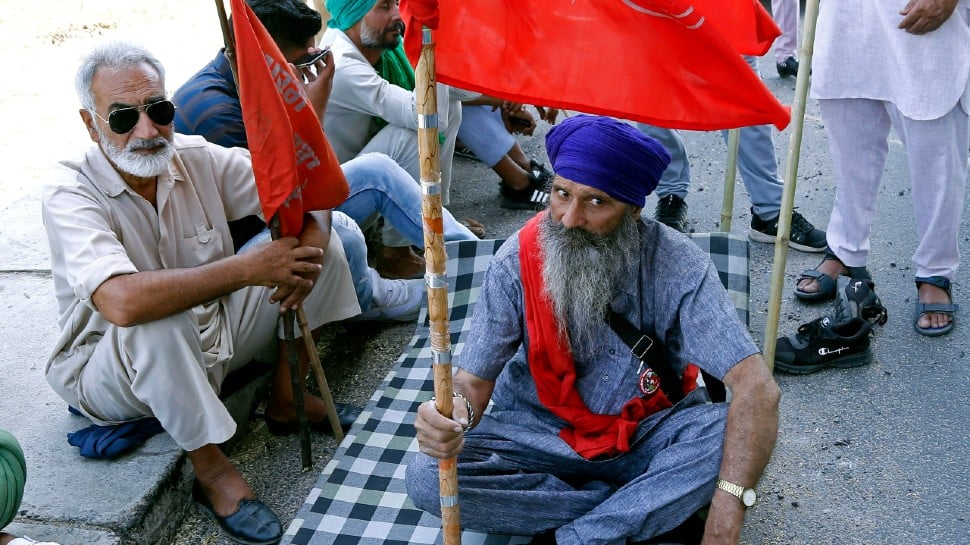 Speaking to ANI, Palwal block committee member Raj Kumar said: "Yesterday committee held a meeting in which it was decided to not take part in the blockade. We supported all calls of Morcha so far but it is the peak of harvest season now. We told people to work."

"Farmers were coming here yesterday with tractors. We told them to work instead. We should not let workers get affected, we have to take care of them too. Kundali-Manesar-Palwal highway will be blocked anyway. Police have diverted the route. Traffic will not reach here anyway," he added.

He also said that all future calls by SKM will be supported and it is just for today`s protest that the farmers in Palwal are not taking part.

"The government has taken an anti farmers stance...More new laws are being brought against farmers...The government should rid them of their ego and work for farmers," he said.

Subash, a farmer, said: "In north Haryana, crops are in the field as this is the harvest season. We have to work."

Lekhraj, another farmer said, "We do not have time for this. We are busy with our work. However, our protest will not be weakened by this decision."

The SKM, the umbrella body of protesting farmer unions against central farm laws, has announced a `Parliament March` in the first fortnight of May. It also announced to block the KMP expressway for 24 hours on April 10 and Savindan Bachao Divas on April 14 on the birth anniversary of Dr Bhim Rao Ambedkar.

Farmers have been continuing their protest against the three newly enacted farm laws -- Farmers` Produce Trade and Commerce (Promotion and Facilitation) Act, 2020; the Farmers Empowerment and Protection) Agreement on Price Assurance and Farm Services Act 2020 and the Essential Commodities (Amendment) Act, 2020 at different borders in the national capital.

Ready to resign only if people of Bengal ask me to: Amit Shah on Cooch Behar killing