Several Pakistani Army soldiers are seen near the wreckage. 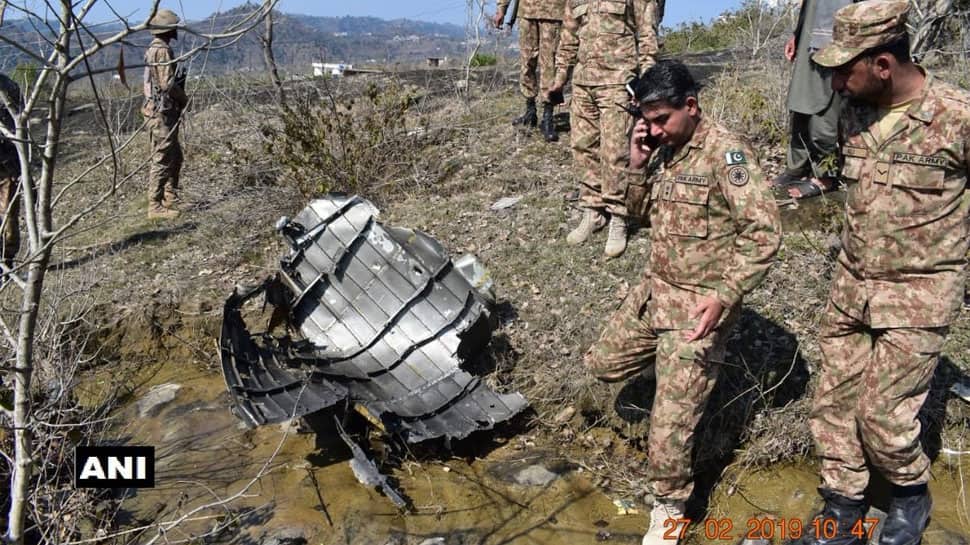 The wreckage of Pakistani Air Force's F-16 fighter, which was shot down by Indian Air Force jets on Wednesday, has been spotted and photographed. According to news agency ANI, which tweeted photos of the F-16 debris which fell in Pakistan-occupied-Kashmir after it was brought down by a MiG 21 fighter during Wednesday's failed air raid, multiple IAF sources confirmed that the wreckage is of the Pakistani plane.

Several Pakistani Army soldiers, too, are seen near the F-16 with ANI reporting that one of them is the Commanding Officer of Pakistani Army's 7 Northern Light Infantry.

A group of three PAF fighters including the F-16s had crossed the Line of Control in Jammu and Kashmir's Naushera on Wednesday morning to target Indian military installations but were intercepted by IAF's MiG 21s. The MiGs chased the PAF jets and shot down one of the planes which fell in PoK.

One MiG 21 too was shot down by the Pakistani forces and the IAF pilot Wing Commander Abhinandan Varthaman captured. Defying the Geneva Convention, the Pakistani armed forces released a video of Wing Commander Abhinandan Varthaman where he is seen and heard giving out his rank, name, service number, religion and marital status.

However, Pakistani claims the photo is of the MiG-21 wreckage. The Pakistani media is denying that F-16s took part in the failed air raid. According to Pakistani media, the raid was carried out by JF-17 Thunder jets all of which returned safely. The Pakistani defence forces also claimed that the officer being referred to in the photo is Major whereas Commanding Officers are Lieutenant Colonel or above.

MiG 21 vs F-16: Features and specifications