Nearly five lakh persons are expected to attend the celebrations. 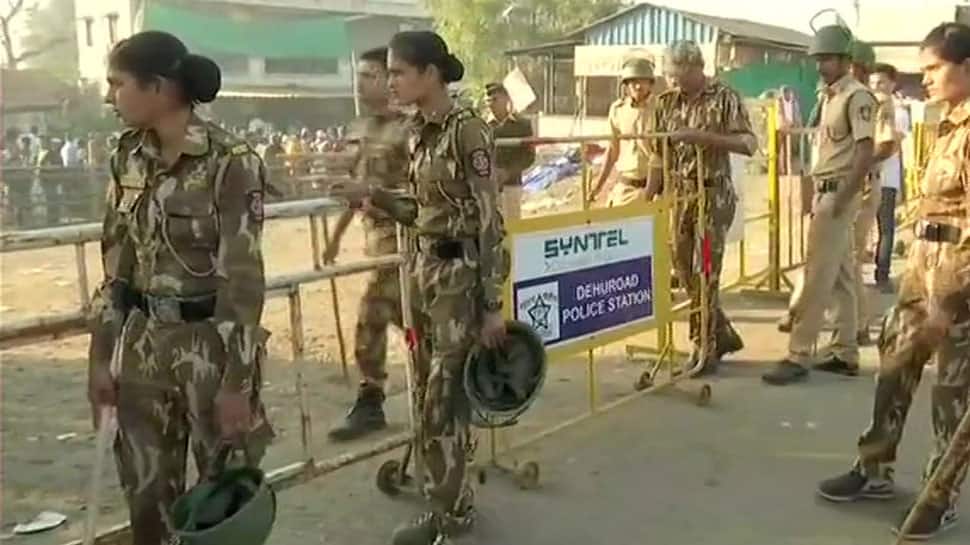 Pune: Neary five lakh persons are expected to attend 201st anniversary of the Koregaon Bhima battle and visit the 'jay stambh' near Perne village in Maharashtra's Pune district on Tuesday.

Following last year's violence that led to the death of one and several injured, a heavy layer of security has been deployed in the village and its nearby areas. Three teams of Anti-riot Force and Bomb Disposal Squad (BDS) are on the standby. Several check posts have been erected in the region. Over 5,000 police personnel, 12 teams of State Reserve Police, 1000 home guards, and 500 officers are monitoring the situation.

On Monday, more than 18,000 visitors arrived from various parts of Maharashtra. Over five lakh footfalls are expected in Tuesday's anniversary functions. "Majority of the visitors, mainly youths, reached here today from the Vidarbha and the Marathawada regions of the state and paid tribute at the memorial," said a police officer.

Last year, the area around the village witnessed violent caste clashes on January 1 to mark the bicentenary of 1818 battle, leaving one person dead and several injured. The clashes broke out a day after the Elgaar Parishad conclave was held in historic Shaniwarwada in Pune.
The 'jay stambh' had been erected by the British as a memorial for the soldiers killed in the Koregaon Bhima battle on January 1, 1818. In the Dalit narrative, the battle is the victory over casteism as the British army comprising a large contingent of dalit Mahar soldiers had defeated the forces of Peshwas--the Brahmin custodians of the Maratha kingdom.

Bishop of Pune diocese, Thomas Dabre has appealed to churches and institutions in the west Maharashtra city to hold prayers for "peace and harmony" during the 201st anniversary of the Koregaon Bhima battle that falls on January 1.

In Pictures: The first sunrise of 2019