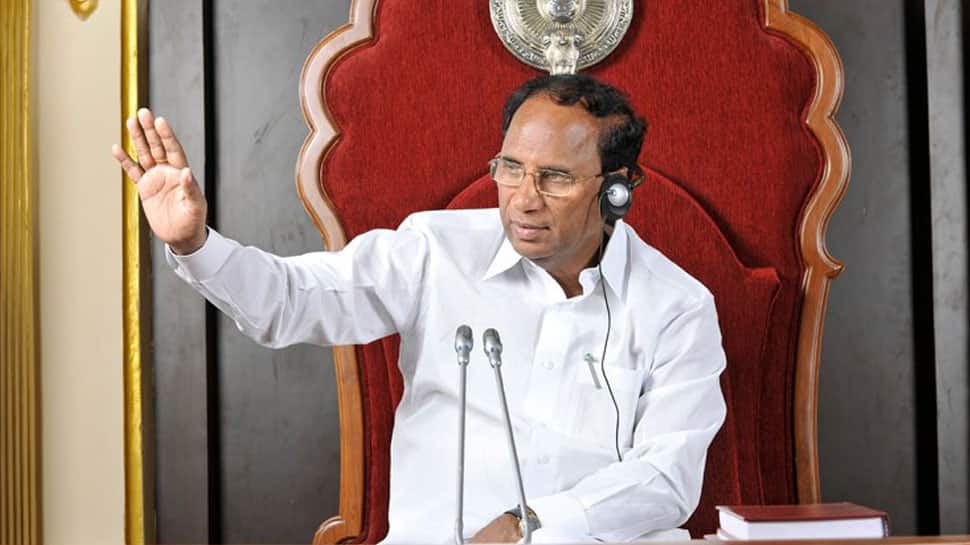 In a bizarre, most embarrassing and a glaring example of misusing official position, former Speaker of Andhra Pradesh Legislative Assembly and seniormost Telugu Desam Party (TDP) leader Kodela Siva Prasad Rao have admitted that during his tenure as Speaker he brought official furniture to his home for personal use.

Showing no remorse or guilt, Kodela is now saying either the Andhra Pradesh Assembly Secretariat can take back the furniture or he will buy it if the rate is quoted.

When Andhra Pradesh was bifurcated in 2014 and after the respective governments were formed both in Telangana and Andhra Pradesh, official furniture was distributed. The furniture earmarked for Andhra was moved to capital Vijayawada and other places in that state.

The furniture earmarked for Speaker's office went straight to Kodela Sivaprasada Rao's home as the new Speaker's office was given new furniture by that time. No one questioned at that time and no one had the guts because not only he was Speaker but also the most powerful man in Telugu Desam Party.

A controversial politician throughout his carrier, Kodela Sivaprasada Rao was Speaker of Andhra Pradesh Legislative Assembly from 2014 to 2019 after the residual state of Andhra Pradesh was carved out bifurcating Telangana. Kodela is the seniormost leader in Telugu Desam Party, perhaps, only next to party president Nara Chandra Babu Naidu. Kodela also has the distinction of serving as top Cabinet Minister both in Late N.T.Rama Rao Government and Nara Chandrababu Naidu Government before being the Speaker.

Following,  according to sources, is the list of official furniture with Kodela (subject to actual verification):

Kodela is also accused of sending some of A/Cs, fans for use of his son and daughter. ``I am not denying that some official furniture is there with me. I am writing to present Assembly Speaker and Secretary to take away this furniture or if it is ok with them I will pay the amount,'' says Kodela Sivaprasada Rao.

The ruling YSR Congress Party says even the Telugu Desam Party leaders and cadre are ashamed of Kodela. "Being a Speaker, holding the topmost post, this is disgusting and shameful. Even his own party colleagues and cadre are admitting they are embarrassed. This issue is just a tip of iceberg as to how people in Telugu Desam Party misused official machinery for personal gains from 2014 to 2019, charges Ambati Rambabu, YSCRCP MLA, who defeated TDP's Kodela Sivaprasada Rao in 2019 elections from Sattenapally Assembly constituency in Guntur district of Andhra Pradesh," said Kodela.

Now, all eyes are on present Assembly Speaker Tammineni Seetaram to take a call on this issue.