Yogi Adityanath said that the increasing population can be a hurdle in way of development. 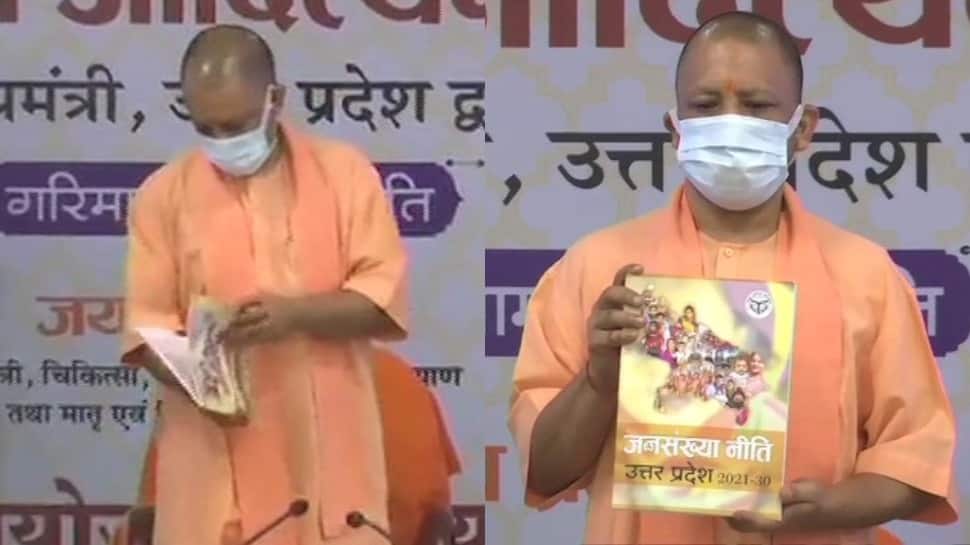 Yogi Adityanath said that the increasing population can be a hurdle in way of development. He also noted that every community has been taken care of in the Population Policy 2021-2030.

The Uttar Pradesh CM said the countries and states that made efforts in controlling the population saw positive results.

In the event, state's Health Minister JP Singh said that it is necessary to control population as it is estimated that India's population will overtake China by 2027.

"If we implement the new population policy, then according to the estimates, the population of our state will stabilise by 2052," Singh said.

According to the new policy, people having more than two children in Uttar Pradesh will be debarred from contesting local bodies polls, applying for government jobs or receiving any kind of subsidy, says a draft of a population control bill put up on the state law commission website.

The draft bill also prohibits promotions in government jobs for such people, while offering incentives to those limiting their children to two.

It also states that it is necessary to control and stabilise the population of the state for the promotion of sustainable development with more equitable distribution.

Listing incentives, the draft bill says that the public servants who adopt the two-child norm will get two additional increments during the entire service, maternity or as the case may be, paternity leave of 12 months, with full salary and allowances and three percent increase in the employer's contribution fund under the National Pension Scheme.

It also states that maternity centres will be set up at all primary health centres.

"The centres and NGOs will distribute contraceptive pills, condoms, spread awareness about family planning methods through community health workers and ensure mandatory registration of pregnancies, deliveries, births and deaths across the state," it reads.

The draft bill also states that it shall be the duty of the government to introduce a compulsory subject relating to population control in all secondary schools.

"In Uttar Pradesh, there are limited ecological and economic resources at hand. It is necessary and urgent that the provision of basic necessities of human life including affordable food, safe drinking water, decent housing, access to quality education, economic/livelihood opportunities, power/electricity for domestic consumption, and a secure living is accessible to all citizens," the draft bill reads.

The bill said that it is necessary to ensure healthy birth spacing through measures related to augmenting the availability, accessibility and affordability of quality reproductive health services to achieve the goal of population control, stabilisation and its welfare in the state.

As per the new policy, comprehensive arrangements will also be made for the care of the elderly, apart from better management of education, health, and nutrition of adolescents between 11 to 19 years.

Sabarimala temple to open for devotees from July 17-21, here’s how you can attend monthly puja