A report by an organisation, Ikkjutt Jammu, claims that over the past 30 to 35 years, 50 lakh kanals of mostly forest land was illegally given to Muslim religious organisations. This includes large tracts of forest land. 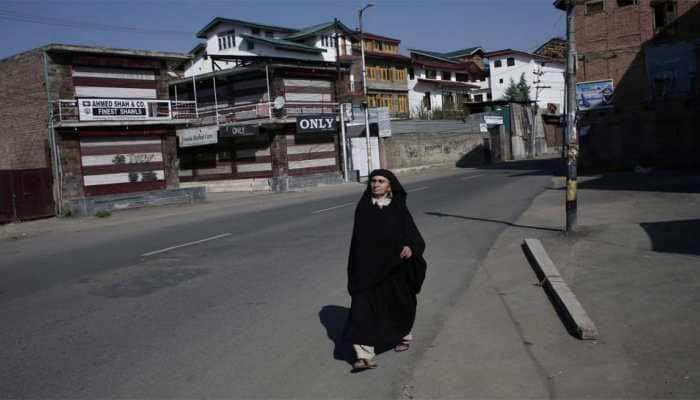 New Delhi: Several months after the abrogation of Article 370, the spotlight is back on 'Zameen Jihad'  - a land encroachment scam - in the erstwhile state of Jammu and Kashmir. It has now come to fore in J&K - now a Union Territory - that the sponsors of 'Islamic jihad' from across the border had launched a crusade to change the demography of the erstwhile state. The surreptitious practice was going on under the nose of the previous state governments for the last 17 years to extend the advantage to Muslims in Jammu and Kashmir.

The conspiracy was hatched under the guise of law to change the demography on the basis of religion with the patronage of the state government, which constituted a law- Roshni Act - for making illegal occupants of the government lands as real owners. Huge tracts of government lands were sold out at throwaway prices to illegal claimants.

The matter is currently sub-judice with Jammu and Kashmir High Court. The petition submitted before the court revealed that it was a sinister conspiracy to replace the Hindu majority population of Jammu with the Muslim population.

The report prepared by Additional District and Sessions Judge on the direction of the High Court showed illegal possession of land in the areas around the Tawi river in Jammu.

A report by an organisation, Ikkjutt Jammu, claims that over the past 30 to 35 years, 50 lakh kanals of mostly forest land was illegally given to Muslim religious organisations. This includes large tracts of forest land.

Besides 6.25 lakh acres of land doled out to encroachers which triggered massive outrage in Jammu, the Ikkjutt Jammu report also shows signs of a demographic takeover all around. More than 100 mosques have also been built in Jammu city, while there were just three in 1994.

State governments run by the Abdullahs, Muftis and even Congress’ Ghulam Nabi Azad had shown generosity under the Roshni Act, which was scrapped by the last Jammu and Kashmir governor, Satyapal Malik in 2018.

The Jammu and Kashmir High Court's order said, “This enactment stands repealed on 28 November 2018, by the State Administrative Council (SAC) led by the governor annulling the Roshni Scheme after concluding that it had not served ‘its purpose’ and was ‘no longer relevant in the present context’.”

The court has also asked for the return of land pertaining to each of 25,500-odd cases of dubious transfer of state land under the Roshni Scheme in Jammu and just 4,500 cases in Kashmir.

The land scam came to light in 2014, when the CAG report unravelled this scam of Rs 25,000 crore, terming it the biggest scam in the history of Jammu and Kashmir.

The matter is being heard by Chief Justice of Jammu and Kashmir High Court, Geeta Mittal.