Zee News had accessed CCTV footage of an ATM in Muzzafarnagar in which Vishal was seen withdrawing money on the day when the incident took place.

A special court in Punjab's Pathankot on Monday convicted six of the seven accused in the brutal rape and murder case of an 8-year-old girl in Kathua in Jammu and Kashmir. Out of the six convicted, three are awarded life term while three were sentenced to a jail term of five years. Vishal Jangotra, who was also made an accused in the case by the police, was let off by the court which relied on a Zee News report that showed him being present in a place several hundred kilometres away from the crime scene. Zee News had accessed CCTV footage of an ATM in Muzzafarnagar in which Vishal was seen withdrawing money on the day when the incident took place.

The court said in its verdict that the evidence broadly supports the news clip of Zee News relating to the presence of accused Vishal Jangotra alias Shamma at Meeranpur, Muzaffarnagar during the period of occurrence and as in the present case Raju Kerni, Zee News Bureau Chief, Jammu (DW-15), has certified the CD and the pen drive to be genuine one as per actual occurrence and without modification, therefore the same certainly be relied upon for reaching at a just decision. The court also appreciated Zee News, particularly the Editor-in-Chief of Zee News Sudhir Chaudhary and staff for trying their level best to bring the actual truth on surface.

Here is the copy of the court's verdict 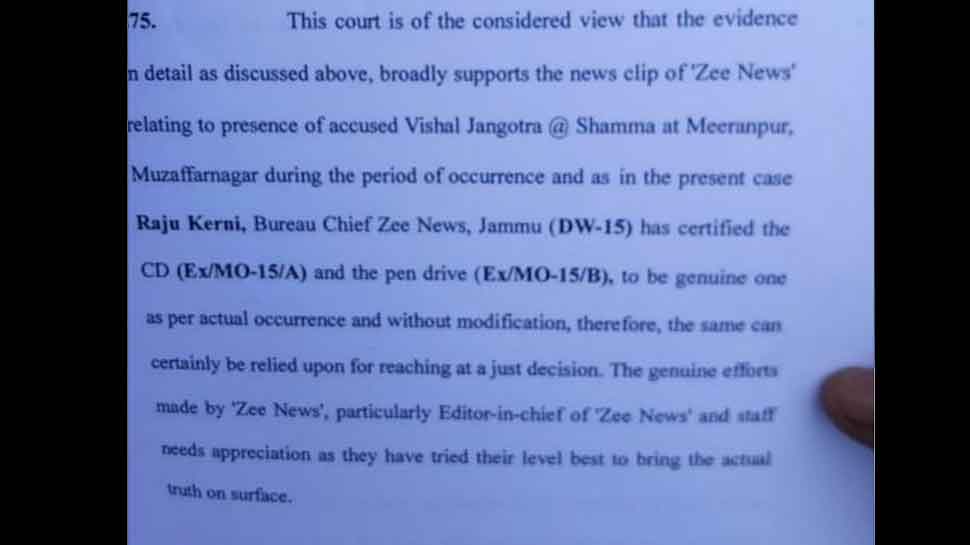 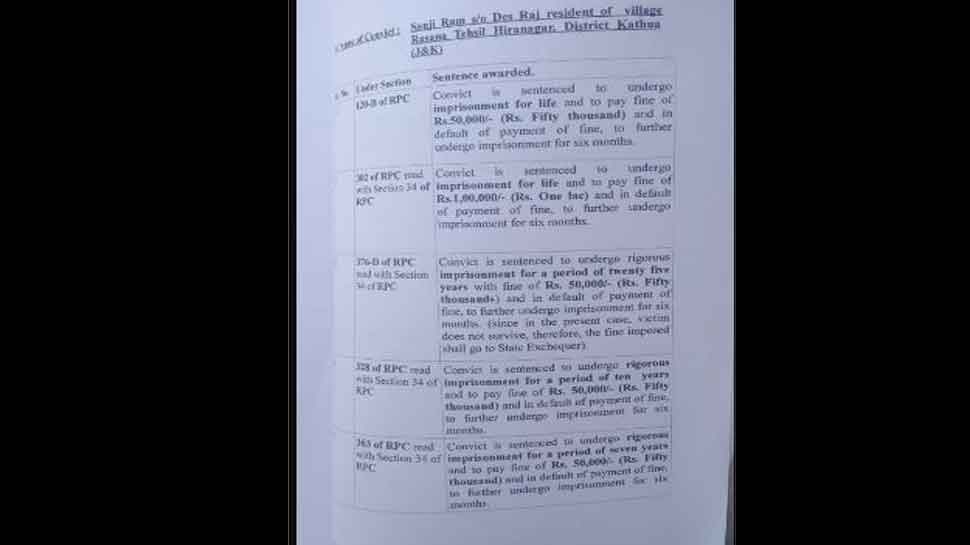 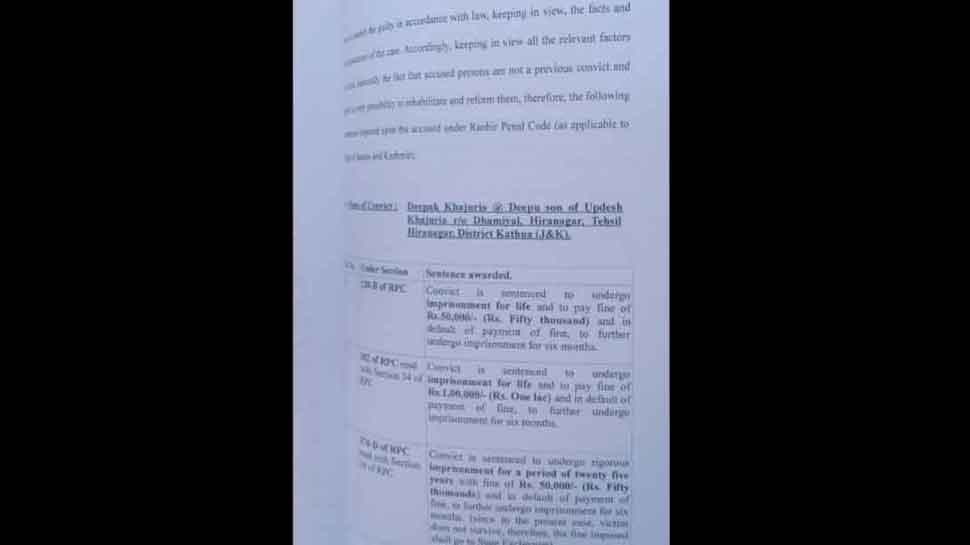 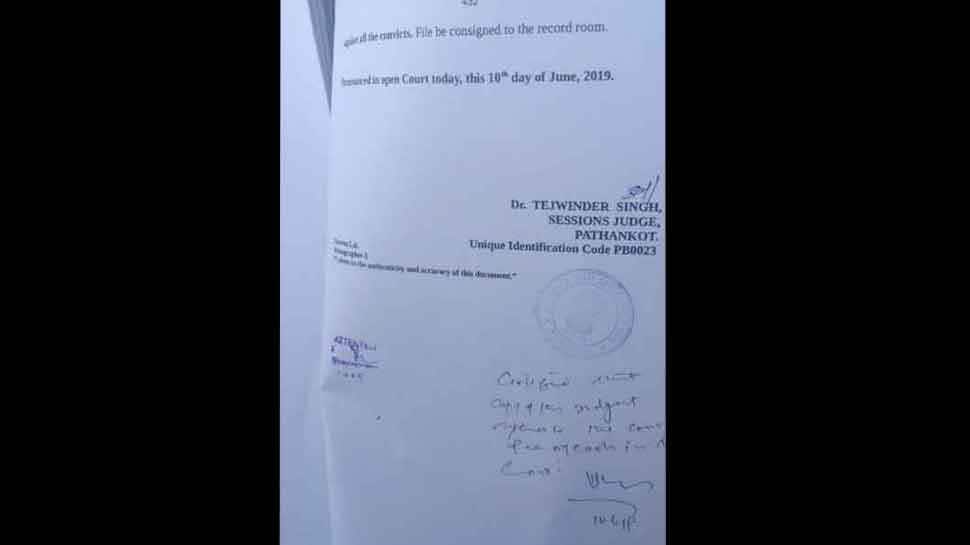 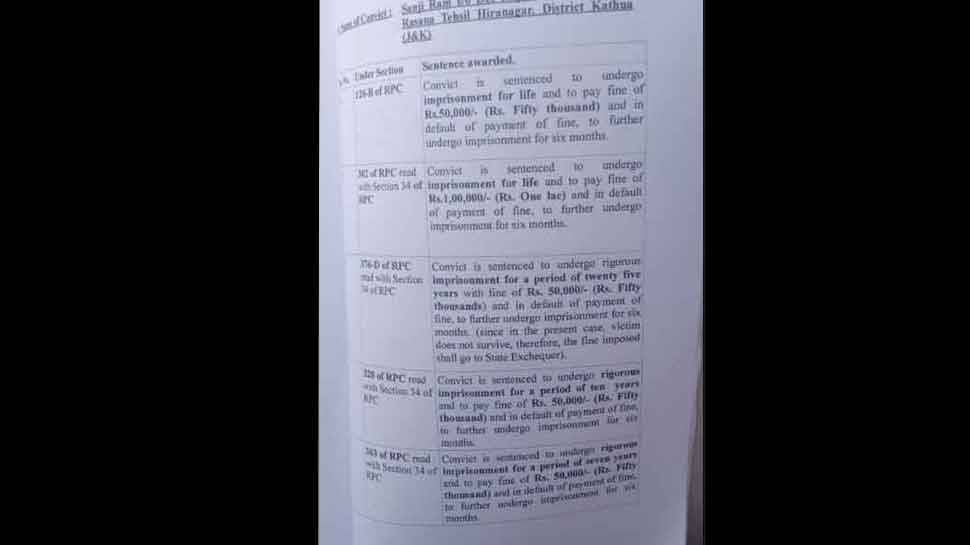 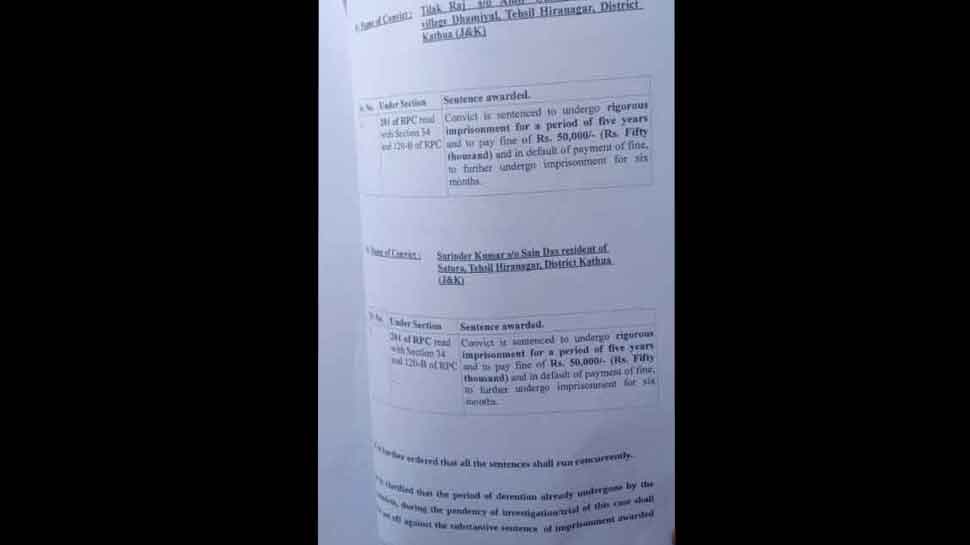 The Jammu and Kashmir police had said in its chargesheet that the girl was abducted on January 10, 2018 and held captive at a temple in a village in Kathua district. She was kept unconscious for almost four days, during which she was raped. Following the heinous act, the child was brutally murdered.