In its report released in Santiago in July, the IMF lowered its 2019 global growth forecast from 3.3 per cent to 3.2 per cent, citing international tensions and the US-China trade war in particular. 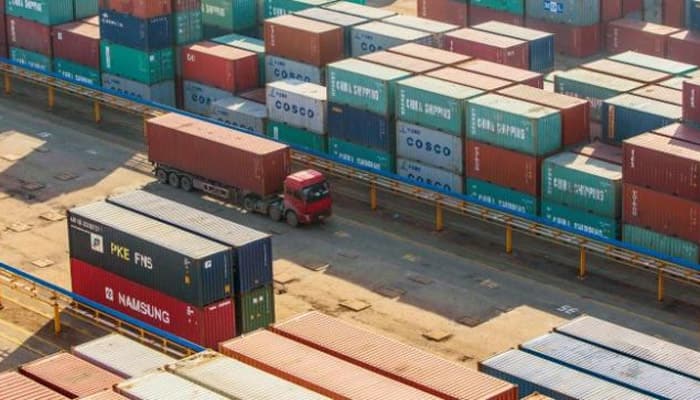 Washington: The International Monetary Fund said that the trade war between the United States and China is already triggering a global economic slowdown.

IMF spokesman Gerry Rice recalled at a news conference at the organization's headquarters in Washington on Thursday that it had previously characterized the trade tensions as a threat, Efe news reported.

But now they "are actually beginning to weigh down the dynamism in the global economy," he said. "Our latest estimate is that ... the US-China tariffs, including those implemented and announced, could potentially reduce the level of global GDP (gross domestic product) by 0.8 per cent in 2020, with additional losses in future years."

Rice added that the US-China tensions are causing greater uncertainty and having negative repercussions on business and global trade.

The Fund is due to release its new economic outlook at the 2019 Annual Meetings of the World Bank Group and the International Monetary Fund in Washington, a gathering that will be held from October 14-20.

In its report released in Santiago in July, the IMF lowered its 2019 global growth forecast from 3.3 per cent to 3.2 per cent, citing international tensions and the US-China trade war in particular.

On September 1, the US followed through on plans to impose a 15 per cent tariff on certain Chinese consumer-goods imports - including apparel, electronics, footwear and dairy products - that were valued at around $112 billion last year.

Those tariffs were in addition to 25 per cent tariffs on $250 billion worth of Chinese imports that began to be imposed in July of last year.

The Trump administration said last month that it would wait until December 15 to impose tariffs - now set at 15 per cent - on certain mass-consumption products imported from China, including smartphones, laptops, video games and toys. If those tariffs are implemented, virtually all Chinese imports would be subject to punitive taxes.

China retaliated on September 1 by starting to impose tariffs of between 5-10 per cent on US imports - including crude oil - valued at $75 billion last year.

Beijing had earlier implemented tariffs on roughly $110 billion worth of US imports.

Trade tensions eased somewhat this week, however, when both countries announced that they would put off planned tariff increases.

The US has postponed by two weeks its plans to raise tariffs on $250 billion worth of Chinese imports - mostly goods used by companies in the manufacturing process - from 25 per cent to 30 per cent. That hike was to have occurred on October 1.

China responded by unveiling two lists of products that will be exempt from higher tariffs between September 17, 2019, and September 16, 2020.

Those moves appear to be attempts to lower tensions ahead of a new round of trade talks in Washington in early October.

Trump launched the trade war as part of his "America First" bid to lower a wide trade deficit with China, but the tariffs imposed thus far have barely made a dent in that gap.