In a traffic advisory, the motorists have been advised to avoid Rajpath and its connecting roads till 10 am to ensure a smooth flow of traffic. 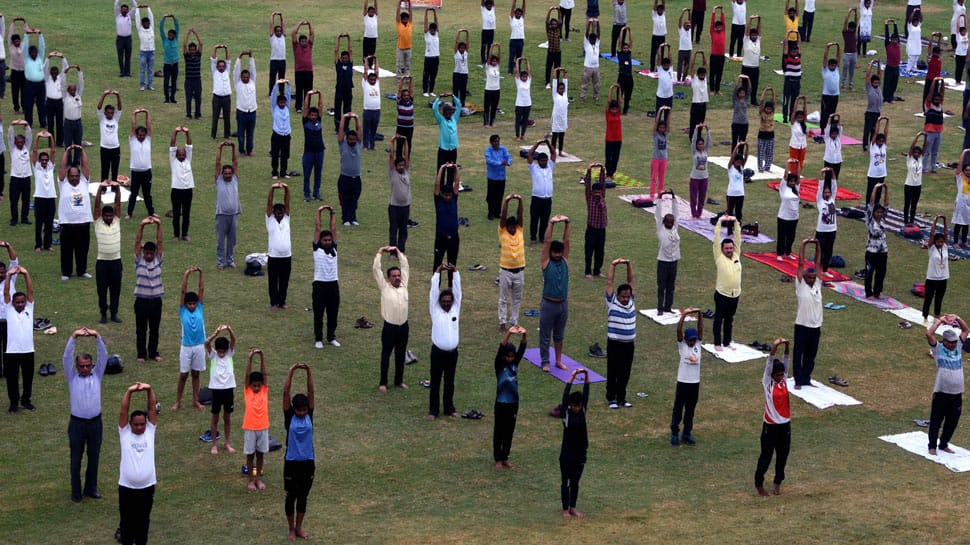 In view of the International Yoga Day celebrations in the national capital, the Delhi Police on Friday asked commuters to avoid Rajpath and Red Fort and their connecting roads in the morning as an estimated gathering of 30,000 people is expected to throng the Red Fort. In a traffic advisory, the motorists have been advised to avoid Rajpath and its connecting roads till 10 am to ensure a smooth flow of traffic.

According to the advisory, traffic may be restricted and diverted on certain roads. So, motorists have been advised to avoid certain roads such as Netaji Subash Marg, and Nishad Raj Marg till 9.30 am and Rafi Marg, Janpath (between MLNP and Windsor Place), Man Singh Road (Between Q-point and Jaswant Singh Round About), Maulana Azad Road, Rajpath (Between Vijay Chowk and Man Singh crossing), Krishna Manon Marg, K Kam Raj Marg and Rajender Prasad Marg till 10 am. 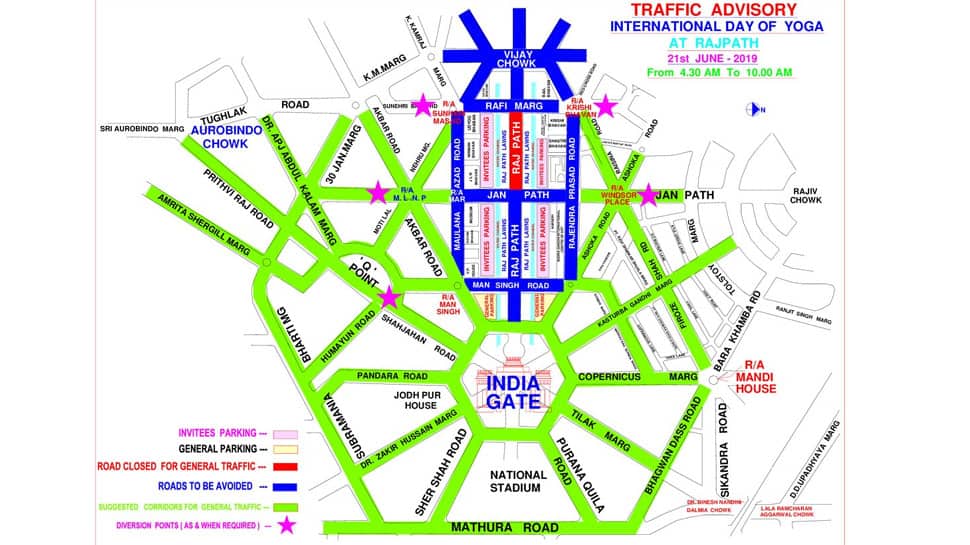 Commuters have been advised to take alternate routes such as the Ring Road, Mathura Road, Bhairon Marg, Rajesh Pilot Marg, Dr Abdul Kalam Road, Tuglak Road, Mother Teresa Crescent Marg to travel from south to north and vice versa and from east to west and vice versa, stated the advisory.

Approximately 200 buses and 2,000 cars are expected to come at Red Fort. They will be parked in the parking lots at Parade Ground, Sunheri Masjid and Tikona Park. The buses will be parked on the service road of the Ring Road behind Red Fort, the advisory added.

The metro services on Friday began from the terminal stations of all lines at 4 am. Trains will run with a frequency of 30 minutes till 6 am and normal services will resume thereafter, they said. "Metro services will begin from the terminal stations of all lines from 4 am tomorrow (Friday) to facilitate the public in reaching various venues for the celebrations," a senior DMRC official said.