All arrangements made for polling in 2 Jammu and Kashmri Lok Sabha seats: Officials

Officials added that the poll staff and the security forces have already reached far-flung areas in Gurez, Karnah and Uri border areas of Baramulla constituency. 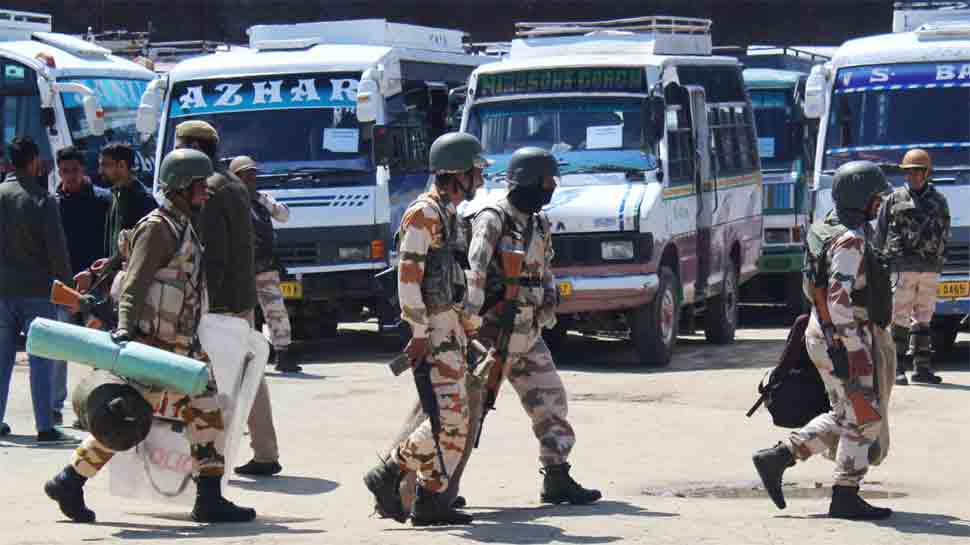 Jammu/Baramulla: All arrangements, including elaborate security deployment, are in place for Thursday`s polling in Jammu and Baramulla Lok Sabha constituencies in Jammu and Kashmir, officials said.

"Polling staff has reached all the polling stations in Jammu and Baramulla Lok Sabha constituencies.

"Security forces including Central Armed Police Forces (CAPF) and the state police have also reached all the polling stations and these have been secured against any misadventure by militants.

"All arrangements are in place to ensure that voters reach the polling stations to exercise their democratic right without fear," officials said.

Officials added that the poll staff and the security forces have already reached far-flung areas in Gurez, Karnah and Uri border areas of Baramulla constituency.

"Poll staff and the security forces for these areas were deputed three days in advance of the voting date to ensure their arrival at these places well in time," said the district electoral officers of Baramulla, Kupwara and Bandpora districts - which come under the Baramulla constituency.

In Jammu, exhaustive arrangements have been made by poll authorities in areas close to the Line of Control (LoC) and the International Border (IB) in Poonch, Rajouri, Samba and Jammu districts.

Arrangements are in place to relocate polling stations in areas close to the LoC in Poonch and Rajouri districts in case there is ceasefire violation by Pakistan on the polling day, poll officials in the two districts said.

A battery of sector magistrates has been designated to go around the areas assigned to them to ensure smooth conduct of the poll process.

In addition, special observers have been deputed by the Election Commission in both constituencies to supervise safe, free, fair and transparent poll process.

A respectable voter turnout in the border and rural areas in Baramulla constituency is likely to decide the fate of the contesting candidates in this constituency.

The main electoral battle in the Jammu Lok Sabha seat is between the BJP`s Jugal Kishore Sharma and Raman Bhalla of the Congress.

The electoral contest in Baramulla is likely to be four-cornered between Muhammad Akbar Lone of the National Conference, Raja Aijaz Ali of the Peoples Conference, Abdul Qayoom Wani of the Peoples Democratic Party and Independent candidate, Engineer Rashid.

Separatists have called for poll boycott and complete protest shutdown in the Valley on Thursday.