Of the 66 terrorists killed in J&K this year, 27 belonged to the Pakistan-based Jaish-e-Mohammad (JeM). 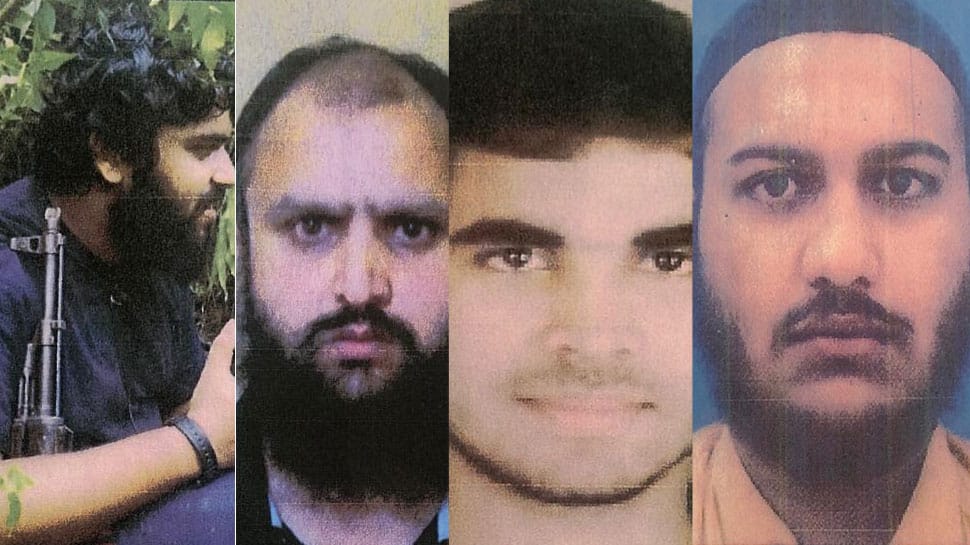 Pictures of the JeM terrorists killed by the security forces/ANI
Share:
Written By:

NEW DELHI: Continuing with the Narendra Modi government's 'zero tolerance towards terrorism' policy, the security forces have eliminated all Jaish-e-Mohammad (JeM) terrorists who were involved in the Pulwama attack on the CRPF convoy on February 14.

Besides, the security forces have so far killed at least 66 Pakistan-backed terrorists in various counter-terrorism operations in parts of Jammu and Kashmir, news agency ANI said quoting sources.

Of the 66 terrorists killed in J&K this year, 27 belonged to the Pakistan-based Jaish-e-Mohammad (JeM).

In a major blow to the JeM, 19 of its trained fighters have been neutralised by the armed forces within 45 days of the suicide attack on a CRPF convoy in J&Ks Pulwama during which at least 40 troopers were killed.

According to sources, the entire team of Jaish-e-Mohammad which was involved in the Pulwama attack on the CRPF convoy has been eliminated.

This has been done through a combination of technical and human intelligence based operations conducted by the armed forces in J&K.

This also includes arrest and deportation of the Jaish fighters who were involved in the operation in any way.

The pictures of top Jaish-e-Mohammad (JeM) commanders eliminated by security forces in the past few years were also released by the armed forces.

The intelligence inputs provided by the interrogation of at least 40 Jaish over-ground supporters in the Kashmir Valley have helped various counter-terrorism teams to crack down on the terror network in the Valley.

The Jaish terrorists killed by the security forces include Kamran, who was neutralised on February 18, Mushashir Ahmed Khan on March 11 and Sajjad Bhat on March 11.

Two terrorists including Nisar Ahmed Tantray and Sajjad are currently in the NIA custody for their role in the terror attack.

It is believed that Tantray had helped the suicide bomber Aadil Ahmed Dar by getting a vehicle-based improvised explosive device from Yasir, a Pakistan based Jaish terrorist.

It may be recalled that the Narendra Modi government at the Centre had given a free hand to the armed forces in eliminating the terror network in the Kashmir Valley in the aftermath of the deadly suicide attack on a CRPF convoy in Pulwama on February 14.

In a befitting response to the Pulwama attack, the Indian Air force carried out airstrikes targeting Jaish-e-Mohammad terror training camp in Pakistan's Balakot on February 26, reportedly killing a large number of terrorists.