Adil Ahmad Dar was a school dropout and a Category C terrorist. 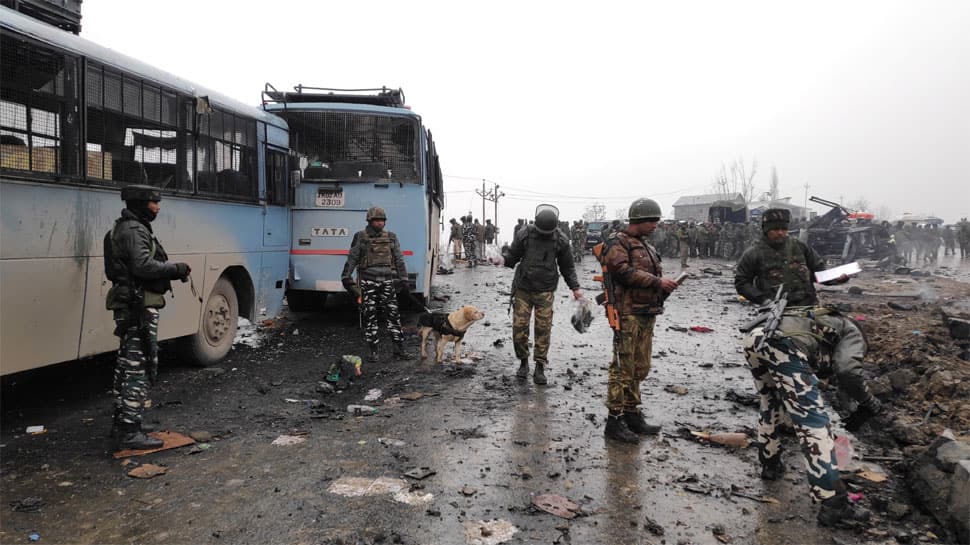 SRINAGAR: The alleged Jaish-e-Mohammed (JeM) suicide bomber, who rammed an explosive-laden vehicle into a bus carrying Central Reserve Police Force (CRPF) jawans, killing at least 44 of them, in Pulwama district of Jammu and Kashmir on Thursday afternoon, has been identified as Adil Ahmad Dar.

It has now come to light that the 22-year-old Dar was a school dropout. He lived nearly 10 km away from the site of the attack.

Dar, who dropped out of class 12 in a local school in Gundibagh in March 2017, went missing in 2018. Soon after, there were reports of him being spotted with terrorist groups like Lashkar-e-Toiba, Jaish-e-Mohammed and Hizbul Mujahideen.

Dar reportedly went ahead on the path of violence after his cousin was killed in an encounter.

As per local villagers, his cousin was also a terrorist. In 2018, Dar went missing and reportedly joined JeM - a Pakistan-based terror outfit, under the name of Waqas commando.

He was resident of Gundibagh, a village which is around 10 km away from the spot of Pulwama terror attack in which at least 44 CRPF jawans have been killed.

As per police record, Dar was a category C terrorist and besides JeM, he was also spotted with the members of Hizbul and Lashkar.

Before joining terrorism, Dar worked at a local joinery mill.

Adil Ahmad Dar is the third local ‘fidayeen’ recruited by the JeM for a suicide attack.

The JeM had on Thursday released a video clip of Adil Ahmad Dar, which it claimed was shot before the audacious attack was carried out in Lethpora of Pulwama district.

“My name is Adil, I joined the Jaish e Mohammed a year ago. After a year’s wait, I have got the chance to do what I joined the Jaish for… By the time this video reaches you, I will be in heaven… this is my last message for the people of Kashmir,” Dar said in the video in which he can be seen standing in front of JeM banners, surrounded with rifles and lethal explosives.