Jammu and Kashmir currently under President's rule. The state Assembly was dissolved on November 2018 after the ruling coalition between BJP and PDP fell apart in June 2018. 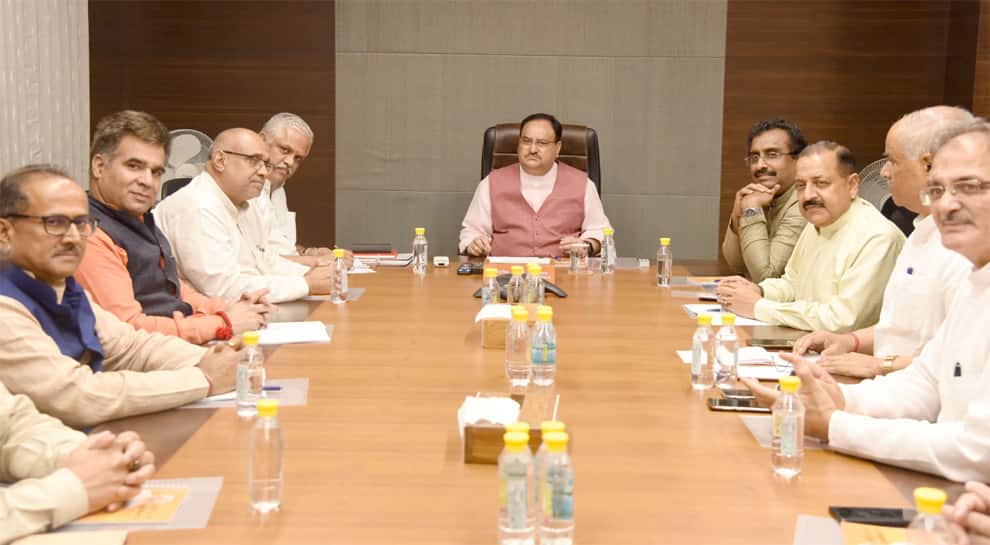 The party will make a presentation on the same in front of the Election Commission of India on Wednesday, sources added.

Jammu and Kashmir is currently under President's rule. The state Assembly was dissolved on November 2018 after the ruling coalition between the Bharatiya Janata Party (BJP) and the People's Democratic Party (PDP) fell apart in June 2018.

The common consensus on the matter was taken during a key BJP meet of the core group in Jammu and Kashmir at the party headquarters in the national capital on Tuesday evening. The meeting was chaired by BJP national working president JP Nadda and attended by BJP J&K unit president Ravinder Raina and BJP National General Secretary Ram Madhav.

Party workers have been asked to gear up for Vidhan Sabha elections. The meeting also discussed the strategy for the polls, election campaigning and ways to strengthen booth level preparedness.

Jammu and Kashmir Assembly election will be held later this year, the Election Commission had said in June. The poll schedule will be announced after the culmination of Amarnath Yatra, which begins in July. “Election Commission, under Article 324 of the Constitution and other extant laws/rules etc. have unanimously decided that holding of Assembly elections in Jammu and Kashmir shall be considered later this year," read a statement from the EC.