With the Election Commission's statement, J&K Governor Satya Pal Malik is likely to recommend the extension of President's rule. 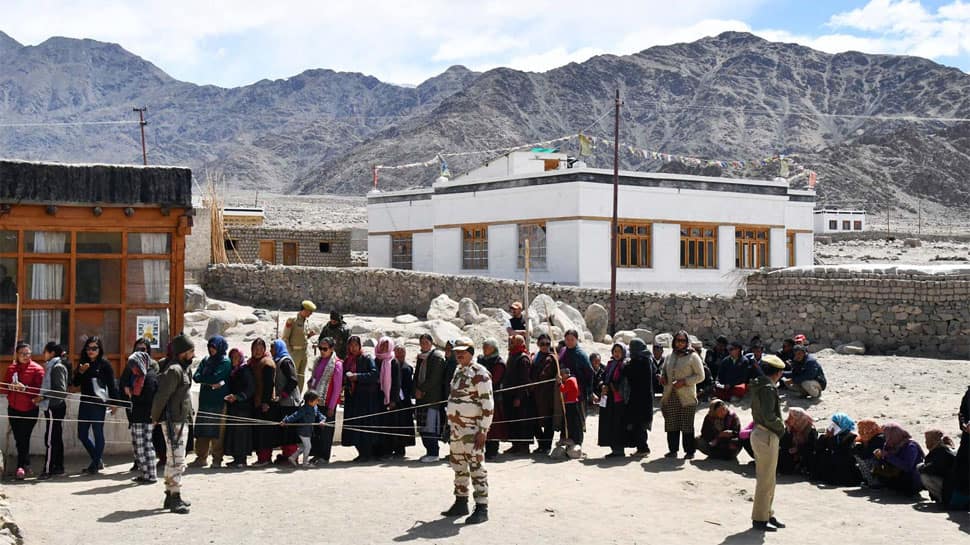 The voters standing in the queues to cast their votes, at polling booth, during the 5th Phase of General Elections-2019, at Shey village, in Leh district, Jammu & Kashmir. (ANI Photo)
Share:
Written By:

NEW DELHI: Jammu and Kashmir Assembly election is likely to be held later this year, the Election Commission said on Tuesday. The poll schedule will be announced after the culmination of Amarnath Yatra, which begins in July.

The poll panel said that said it was unanimously decided that the “Assembly elections in Jammu and Kashmir shall be considered later in this year.” The EC added that it will keep monitoring the situation in the state regularly and on a real-time basis, taking inputs from all necessary quarters. 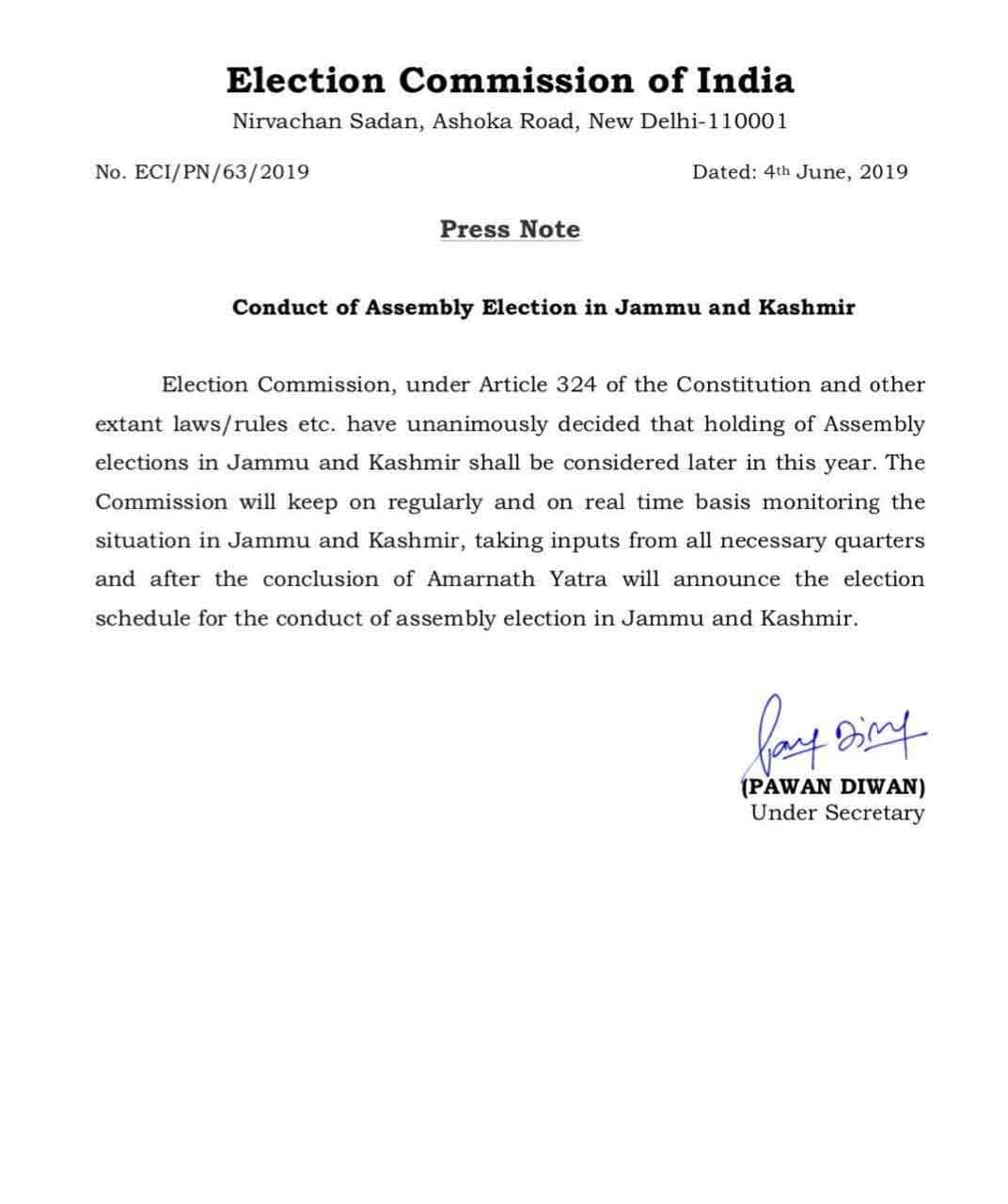 The 46-day-long Amarnath Yatra is scheduled to begin in the first week of July 1 from both the Baltal and Pahalgam routes in the state. The yatra usually runs from July 1, the day of Masik Shivratri to August 15, the day of Shravan Purnima. Over 1.10 lakh devotees have registered for the annual pilgrimage to the Amarnath cave shrine this time.

The state is currently under the President's rule, whose term ends on July 3. With the Election Commission's statement, J&K Governor Satya Pal Malik is likely to recommend the extension of President's rule.

Jammu and Kashmir plunged into a political crisis in June 2018 after the Peoples Democratic Party chief Mehbooba Mufti-led government was reduced to minority following withdrawal of support by the 25-member Bharatiya Janata Party (BJP). Following this, the state was brought under the Governor's rule in June 2018. After six months, President's rule was imposed in December 2018, which was approved by Parliament on January 3, 2019.

The state could also witness fresh delimitation of Assembly constituencies based on population and area of the three regions, namely Jammu, Kashmir and Ladakh, according to the proposed plan of Prime Minister Narendra Modi and Home Minister Amit Shah.

The Ministry of Home Affairs (MHA) is mulling the appointment of a delimitation commission to study the Jammu and Kashmir Assembly constituencies and come up with its recommendations. After the commission submits its report, the MHA will take a decision on the scope and size of the Assembly constituencies and determine the number of seats to be reserved for the people belonging to Scheduled Castes (SC).