BJP trying to carry out another Balakot-like attack to create insecurity: Mehbooba Mufti

The PDP chief claimed further that everything BJP is doing today is only for votes. 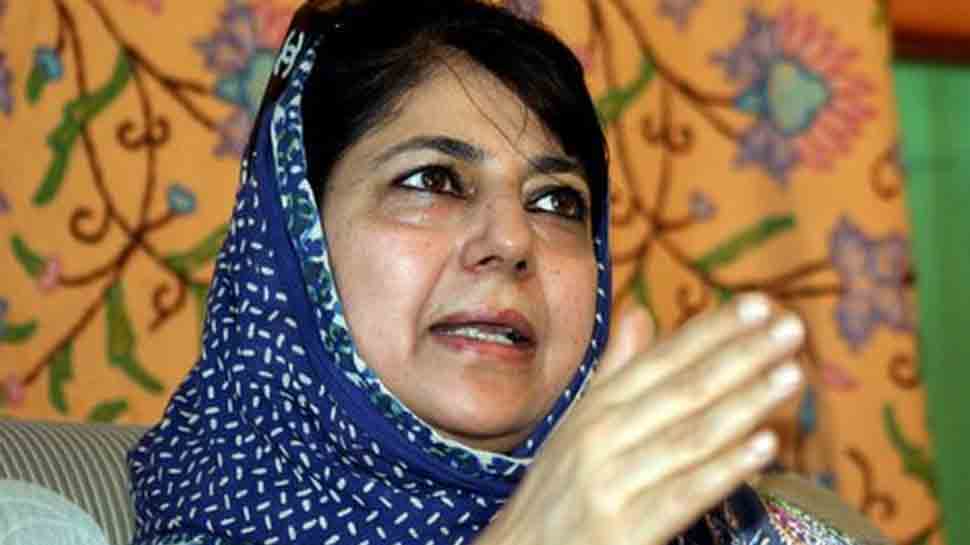 New Delhi: Former Jammu and Kashmir Chief Minister Mehbooba Mufti on Monday claimed that the Bharatiya Janata Party is trying to create an insecurity among people and are planning to carry out another Balakot-like attack to garner votes.

Speaking to the media on the sidelines of an election gathering in Anantnag district, Mehbooba said: "He is trying to incite communal violence to win votes. They saw defeat coming their way in the first phase and they are now creating insecurity everywhere.

"The situation they have created suggests that they might stage another Balakot-like attack on Pakistan to get votes," she said while speaking to reporters at Anantnag.

"Narendra Modi has failed in all his attempts. He tried to incite communal violence and create polarisation here. He also did drama of Balakot attack. Now they can see their defeat in the first phase of elections. He is creating a sense of insecurity among people and it seems that they are planning another attack on Pakistan so that they get votes in the other phases," Mehbooba said.

The PDP chief claimed further that everything BJP is doing today is only for votes. "Be it attack on Pakistan or strictness in Kashmir, it is all vote politics and nothing else," she said.

Mehbooba also demanded a probe into the February 14 Pulwama terror attack, claimed by Pakistan-based Jaish-e-Mohammad terror group, in which 40 CRPF troopers were killed.