The police medal for gallantry was awarded to Davinder Singh on August 14, 2018. 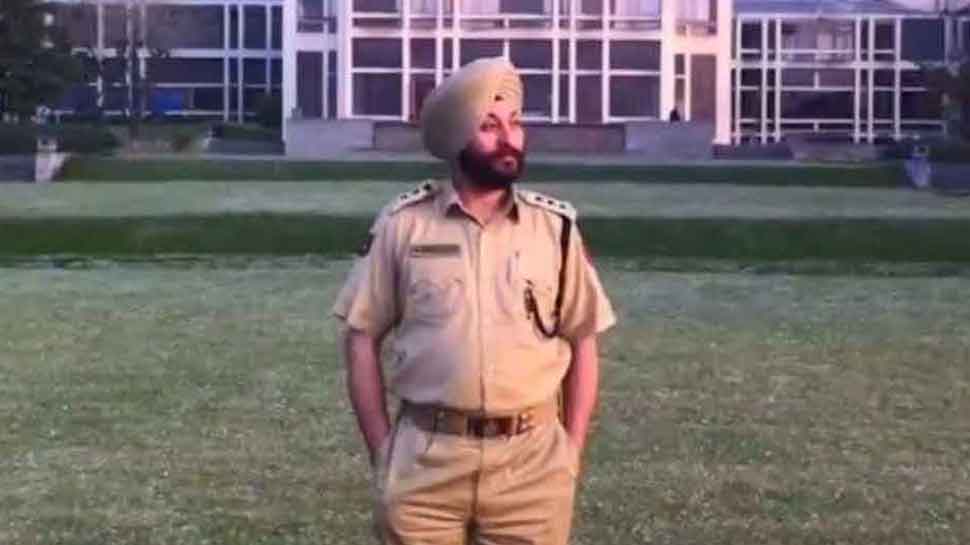 SRINAGAR: The Jammu and Kashmir government on Wednesday said that Sher-e-Kashmir Police Medal for Gallantry, awarded to Deputy Superintendent of Police, Davinder Singh in 2018 stands forfeited. Singh was stripped of the police medal days after he was arrested with two Hizbul Mujahideen terrorists on January 11.

Singh has been accused of assisting the terrorists and of alleged involvement in the anti-India activities. The withdrawal of the medal was done through an order issued today by the Home Department signed by Shaleen Kabra, IAS, Principal Secretary to government, Home Department.

The order said that the J&K government has stripped the Sher-e-Kashmir Police Medal for Gallantry awarded to Dy SP Davinder Singh consequent to his arrest on January 11 while trying to assist terrorists to travel outside J&K and recovery of arms and ammunition "which amounts to disloyalty and conduct that has brought upon the force into disrepute".

"It is to clarify that DySP Davinder Singh is not awarded any Gallantry or Meritorious Medal by MHA as has been reported by some media outlets/persons Only gallantry medal awarded to him during his service is by the erstwhile J&K State on Independence Day 2018," it had tweeted.

On Wednesday, Jammu and Kashmir DGP Dilbag Singh said that the arrest of Davinder Singh will not affect the morale of the police force

On being asked about ongoing political reactions on Singh after he was arrested by police while travelling with two Hizbul terrorists, the DGP said, "Our action will go on. These kinds of activities are not going to deter us. They are not going to make any impact on our morale. Our morale will rather further get strengthened. We don`t believe in protecting people who are on the unlawful path. We have been tough with them. In the past also, we have removed so many people from service. We have been very ruthless and we will ruthless in this case also."

"Where lakhs of people are working in police with commitment and they are led by competent officers, I don`t think it will affect the morale in any way," he said while addressing a press conference."If the man`s loyalty is not for the force, for his country or for his people and is working against the interest of their country, strict action should be taken and that is being done and that will be done," said the DGP.

The DGP also said that Jammu and Kashmir will also recommend the sacking of Davinder Singh to the government.

Sources claimed that the National Investigation Agency (NIA) Director-General on Wednesday met Union Home secretary Ajay Kumar Bhalla pertaining to an investigation of a case related to Deputy SP Davinder Singh, who was arrested by Jammu and Kashmir police while he was travelling with two Hizbul terrorists.