Easing of restrictions will lead to separatist activities in Kashmir, warn intelligence agencies

Broadband and 2G internet services were partially restored in Jammu and Kashmir from Wednesday. 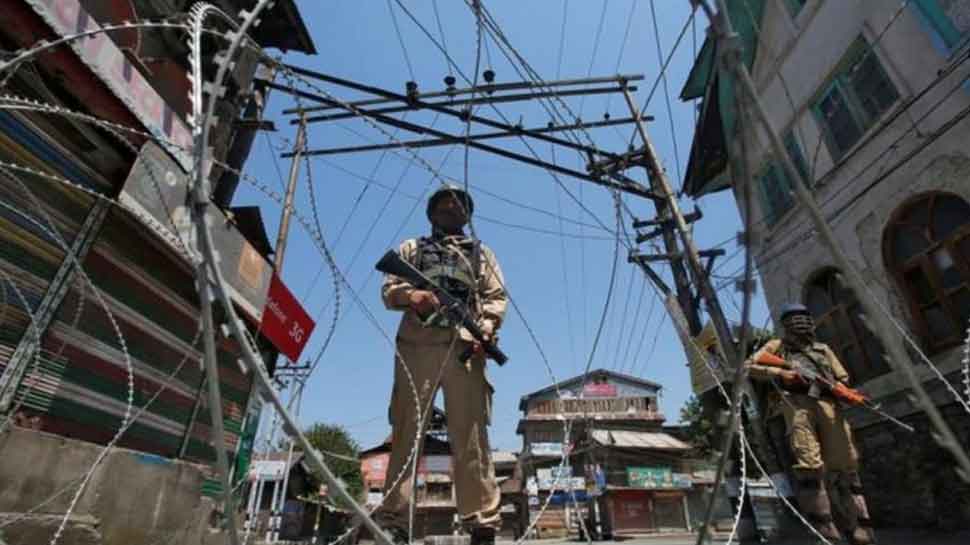 JAMMU: On a day when broadband and 2G internet services were partially restored in parts of Jammu and Kashmir, the intelligence agencies on Wednesday warned that easing of restrictions will lead to a surge in anti-India activities in the Valley.

Inputs gathered by the intelligence Agency, accessed by Zee Media, suggest that restoration of internet services and easing of other curbs will lead to separatist activities in Kashmir Valley. Agencies also warned that Pakistan's ISI is planning a strategy to exploit the situation once internet services are fully operational in the Valley.

Pakistan is also planning to engage Afghanistan's Taliban fighters in its anti-India activities once the United States withdraws its forces from the war-ravaged country. The Ministry of Home Affairs (MHA) has sought a detailed report from the BSF, RAW, CRPF and Indian Army on their assessment after internet services are restored in the Valley.

The Jammu and Kashmir government on Tuesday said that it will restore 2G mobile connectivity in five districts of the Jammu region from Wednesday.

The J&K Administration announced that while internet services will be restored in some parts of Jammu, broadband facilities will be provided to "all the institutions dealing with essential services" as well as hospitals, banks and hotels among others.

However, users will not be able to access any social media sites and messaging services, the order issued by Principal Secretary, Home, Shaleen Kabra, said.

According to the order, the Kashmir division will establish an additional 400 internet kiosks. "Internet service providers (ISP - BSNL/private service providers) to provide broadband facility (with (Mac-binding) to all the institutions dealing with essential services, hospitals, banks, etc, as also government offices and in order to facilitate tourism, to hotels, and tour and travel establishments," the order read.

"Prior to giving such facility, the ISPs shall install necessary firewalls and carry out white-listing of sites that would enable access to government websites and websites dealing with essential services including e-banking, excluding, however, all the social media sites," the order read

''The aforesaid directions shall be effective from January 15, 2020, and remain in force for a period of seven days, unless modified earlier. These shall supersede all the orders earlier issued on the subject," it added.

The order said that the institutions and government offices being provided internet access will be responsible to prevent any misuse. "While the mobile internet activity of all kinds has been suspended in Jammu and Kashmir. However, internet through fixed-line broadband facility exists in Jammu division while in Kashmir division, to facilitate the general public and students," it said.

The order came days after the Supreme Court, on January 10, directed to review all orders suspending internet services in Jammu and Kashmir and stated that the "right to access the internet is a fundamental right under Article 19 of the constitution".

The Central government had suspended the internet in the region following the abrogation of Article 370 of the Constitution, which conferred special status to the erstwhile state of Jammu and Kashmir and bifurcated it into two Union Territories -- Ladakh and Jammu and Kashmir.

2G internet services to be restored in Jammu, broadband in Kashmir from today