A loud explosion was heard inside a bus at Jammu's General Bus Stand on Thursday morning.

JAMMU: At least 28 persons were injured in a powerful grenade attack inside a bus at Jammu's bus stand on Thursday morning. The injured have been rushed to Jammu's Government Medical College and Hospital. Three persons are reportedly in serious condition.

The entire area has been cordoned. State police and Central Reserve Police Force (CRPF) personnel are at the site of the explosion.

One suspect, a resident of south Kashmir, has been arrested by police, sources told Zee Media.

"This is a grenade attack. Eighteen people are injured," confirmed MK Sinha, the Inspector General of Police (IGP), Jammu.

The grenade reportedly went off under the bus, resulting in the shrapnel being contained to a smaller area, said the police.

"It seems that the grenade was brought from outside and rolled under the bus. It has caused injuries to approximately 18 people, all shifted to hospital," added Sinha.

Jammu: Visuals from a hospital where people who were injured in a blast at a bus stand have been admitted for treatment. pic.twitter.com/Cu6FfIqDjI — ANI (@ANI) March 7, 2019

Several persons were at the inter-state bus terminus during the time of the incident. A loud explosion was heard around noon, reported locals.

"I was standing at the juice shop when there was a loud sound. We were initially told that a tyre had burst. Later, we found out that it was a grenade explosion," said an eyewitness.

Window panes of bus and vehicles were shattered during the explosion. 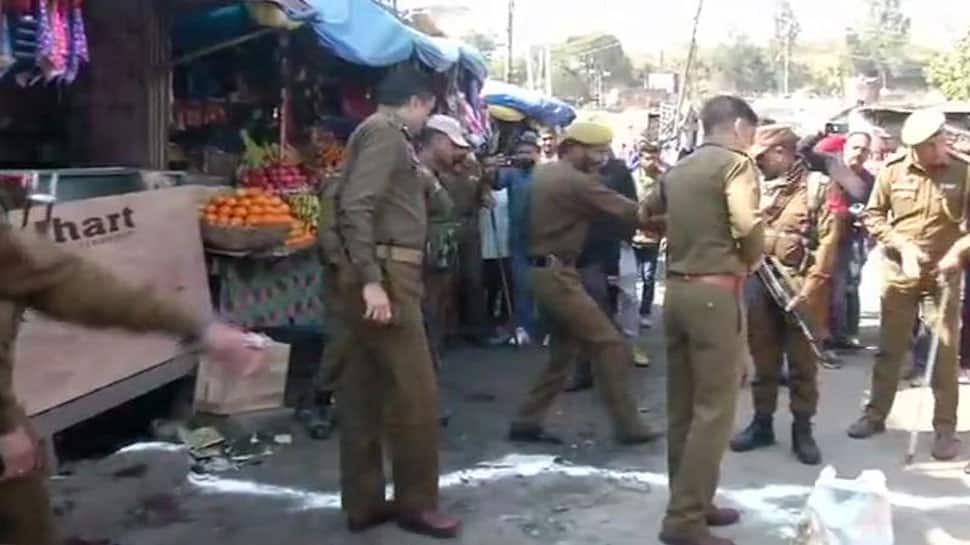 The incident comes days after the February 14 Pulwama attack that claimed the lives of at least 40 jawans. Over 2,000 Central Reserve Police Force (CRPF) personnel travelling in a convoy of 78 vehicles on Jammu-Srinagar highway was attacked by a vehicle-borne suicide bomber at Lethpora (near Awantipora) in the Pulwama district. Jaish-e-Mohammad later claimed the attack.

Jammu and Kashmir Liberation Front (JKLF) chief Yasin Malik has been booked under the Public Safety Act (PSA) and lodged in Jammu's Kot Balwal jail on Thursday. Yasin Malik, one of the most prominent Kashmiri separatist leader, was detained on February 22 and kept at Srinagar's Kothibagh police station.

The Central Bureau of Investigation (CBI) has also filed a transfer application in the Jammu and Kashmir High Court to reopen 30-year-old cases against Yasin Malik. J&K High Court Chief Justice Gita Mittal has asked Malik to respond to the CBI application.