The Kashmiri separatist leader can be kept in detention for up to two years under the PSA without any judicial intervention. 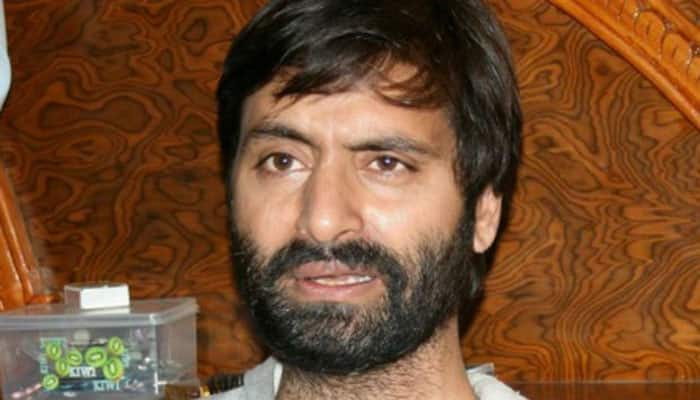 Srinagar: Jammu and Kashmir Liberation Front (JKLF) chief Yasin Malik has been booked under the Public Safety Act (PSA) and lodged in Jammu's Kot Balwal jail. Yasin Malik, one of the most prominent Kashmiri separatist leader, was detained on February 22 and kept at Srinagar's Kothibagh police station.

The Central Bureau of Investigation (CBI) has also filed a transfer application in the Jammu and Kashmir High Court to reopen 30-year-old cases against Yasin Malik. J&K High Court Chief Justice Gita Mittal has asked Malik to respond to the CBI application.

The case relates to the killing of four unarmed Indian Air Force officers in January 1990 in Srinagar and also the kidnapping of Rubiya Saeed, daughter of the then Union home minister Mufti Mohammad Saeed. The IAF officers were shot dead in Srinagar's Sannat Nagar on January 25, 1990.

Malik can be kept in detention for up to two years under the PSA without any judicial intervention.

Malik and other separatist leaders numbering nearly 150 people were detained on February 22 ahead of a hearing in the Supreme Court on Article 35 A of the Constitution. Article 35 A provides special rights and privileges to natives of Jammu and Kashmir and the Supreme Court is hearing a petition to scrap the provision.

Jammu and Kashmir has been tense ever since the February 14, 2019, suicide attack by a Jaish-e-Mohammad terrorist on a Central Reserve Police Force (CRPF) convoy in which 40 soldiers were killed and several others injured. The Centre rushed 100 additional companies of the paramilitary (nearly 10,000 personnel) force to Kashmir Valley to maintain law and order and also to prepare the ground of election.

India also launched an air raid early on February 26 to target JeM terror camps in Balakot inside Pakistan. IAF Mirage-2000 jets pounded the camps with bombs fitted with SPICE-2000 kits for pinpoint accuracy. India made it clear that the strikes were not against the Pakistani military but were intended to send a strong message to terror groups.

A day later on February 27 Pakistani Air Force jets tried to attack Indian military installations in Jammu and Kashmir but the attack was repulsed by IAF fighters. An IAF MiG-21 Bison also shot down a PAF F-16 but the fighter later went down in Pakistan-occupied Kashmir. The IAF pilot Wing Commander Abhinandan Varthaman was captured by Pakistan and released after over 60 hours on March 1.