While the plains of Jammu and Kashmir received moderate snowfall, the upper reaches witnessed heavy snowfall. 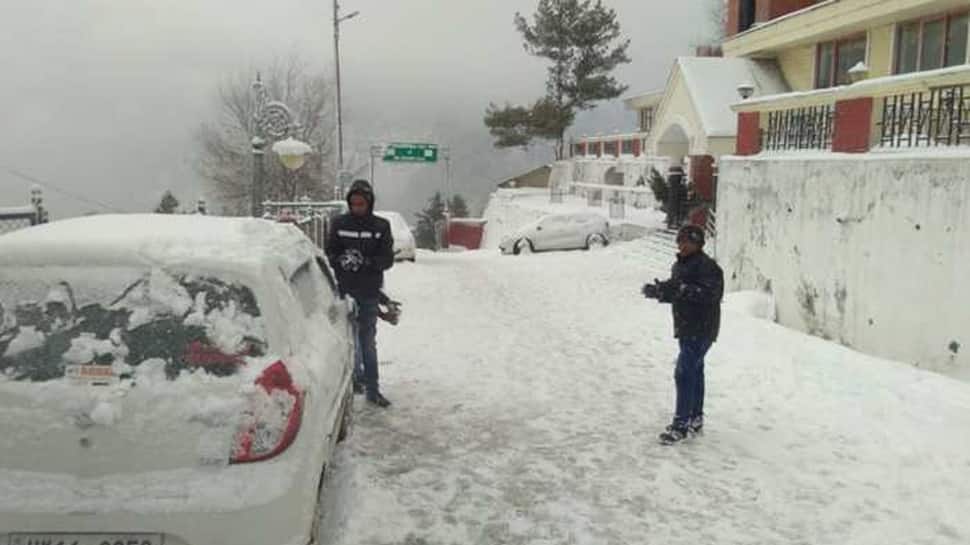 Srinagar: The Kashmir Valley woke up to a white carpet of snow on Friday as it received the third snowfall this season, causing blockade of highways and affecting commuting for the locals. While the plains of Jammu and Kashmir received moderate snowfall, the upper reaches witnessed heavy snowfall.

Drass and Kargil in the Union Territory of Ladakh also received massive snowfall. The weatherman has predicted more snow on Friday. "It will snow till late afternoon today. Weather will only start to improve from Saturday," Sonam Lotus, Director, Meteorological Department (MeT), Kashmir told IANS.

"It's snowing at the Jawahar Tunnel on the Jammu-Srinagar National Highway. The highway has been blocked by landslides and shooting stones triggered by snow and incessant rains. The road was closed for traffic on Thursday evening. "We had informed the administration well in advance about the heavy snowfall and the possibility of people getting stuck on the highway," Lotus said.

"The highway has been blocked at three places due to landslides and shooting stones," a police official said. "Many trucks are stranded on the highway, but they have been halted in safe zones." Most remote areas across the valley were cut off after the link roads got blocked by the snow. Commuters faced difficulties due to snow accumulated on the roads.

"I had a tough time reaching my office," said Ghulam Mohammad, who lives in Batmalloo in Srinagar.