Among the four terrorists killed in today's encounters, three of them belonged to terror outfit Hizbul Mujahideen. 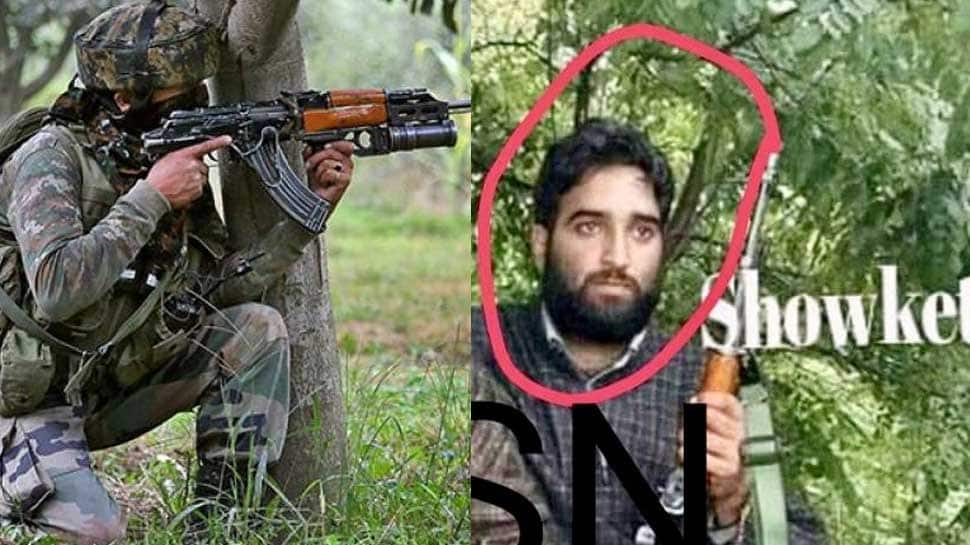 Among the four terrorists killed in today's encounters, three of them belonged to terror outfit Hizbul Mujahideen.

The overnight gunbattle began after a group of terrorists hiding in Punzgam village of Pulwama, opened fire on the security forces. They were finally killed in a joint operation by CRPF, 55 Rashtriya Rifles (RR) and Special Operations Group (SOG) in Panzgam village of Awantipora, Pulwama.

All three slain terrorists were Kashmiri residents and belonged to the terror outfit Hizbul Mujahideen.

They were identified as Showkat Ahmad Dar, Irfan Ahmad and Muzaffar Ahmed. While Showkat was from the Punzgam, Muzaffar belonged to Pulwama district and Irfan Ahmad hailed from Sopore area of Baramulla district.

Dar was also reportedly involved in the killing of an Army jawan Aurangzeb last year.

Aurangzeb, a rifleman with 44 Rashtriya Rifles, was kidnapped by a group of terrorists while he was on his way back home in a bus on June 14, 2018. His bullet-ridden body was later found in South Kashmir's Pulwama district.

A fresh gunbattle broke out in Hathlangoo village of Baramulla after a lone terrorist hiding in the area opened fire at an Army Cordon and Search party.

"As the cordon was tightened, there was firing from the hideout triggering the encounter. All exit points from the village were sealed and the terrorist was neutralised down," an officer said.

Bodies of all four terrorists have been recovered. The identity of the terrorist killed in Sopore is yet to be disclosed.

A large cache of arms and ammunition have been recovered from the site of encounter. A massive search is currently underway to nab more terrorists hiding in the area.

Meanwhile, the mobile and internet services in Sopore and Awantipora area were suspended. Train services between Srinagar and Bannihal town of Jammu region have also been suspended.