Hold assembly election for J&K in November, and not in June, Governor recommends EC

Jammu and Kashmir Governor Satyapal Malik has opposed the proposal to hold assembly elections in the state in the month of June, said an ANI report. 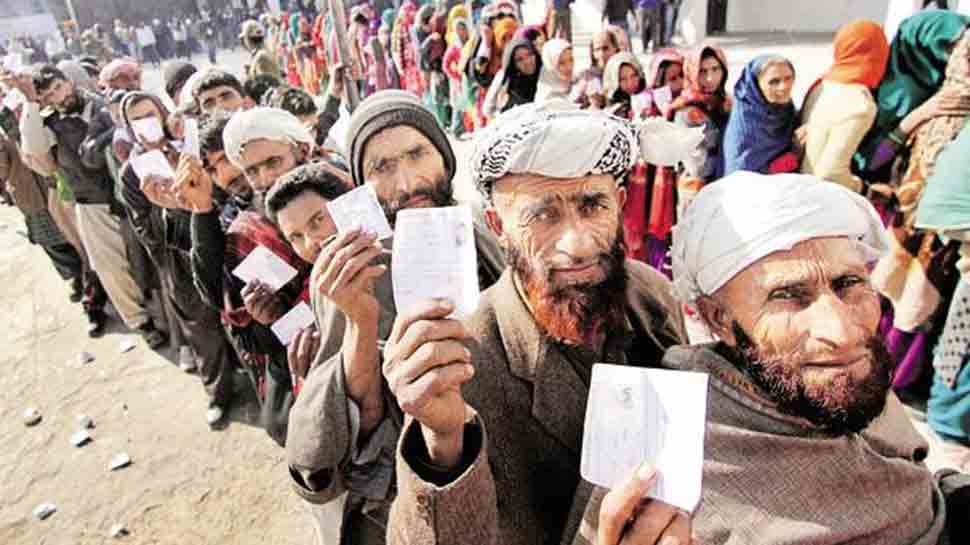 New Delhi: Jammu and Kashmir Governor Satyapal Malik has opposed the proposal to hold assembly elections in the state in the month of June, said an ANI report.

The report said that the Malik asked the poll panel to hold the elections in November.

Earlier in March, the Election Commission announced the seven-phased Lok Sabha election schedule on March 10 and said election for Jammu and Kashmir assembly would not be conducted along with the parliamentary elections.

The 87-member assembly plunged into a crisis in June 2018 after BJP withdrew its support to the coalition government in Jammu and Kashmir where it was in power with Peoples Democratic Party, led by Mehbooba Mufti. The state is since then under the President's rule.

The BJP and PDP were in an alliance in the state since 2016. PDP supremo Mehbooba Mufti was the Chief Minister of Jammu and Kashmir in the coalition government. While PDP has 28 out of 53 MLAs in Jammu and Kashmir, BJP just stood behind with 25.