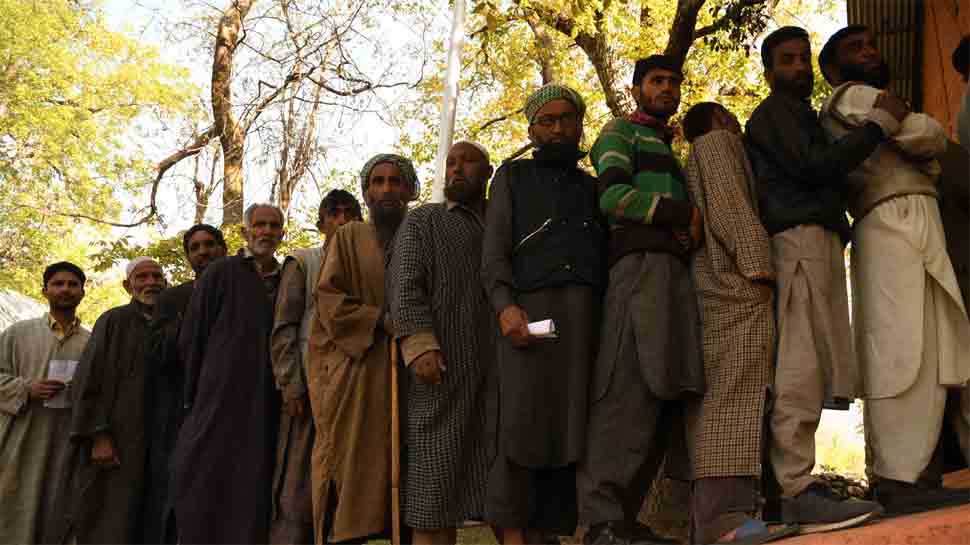 Srinagar: A voter turnout of 13.61 per cent was recorded Tuesday in the Anantnag Parliamentary constituency where polls are being held in three phases due to security reasons.

Kumar said the polling remained peaceful. He complimented all stakeholders for the smooth conduct of the polls in the district which comprises six assembly segments: Anantnag, Bijbehara, Dooru, Kokernag, Pahalgam, and Shangus.

Kumar said a total of 71,777 votes, including 4,101 migrant votes, were polled in the third phase of the polls.

"The exact figure will be clear tomorrow after evaluating all the M-forms (for migrant voters)," the CEO said.

He said the Tuesday's voting percentage in Anantnag district was less compared to 2014 Lok Sabha polls which had recorded 39.37 per cent.