Several terror launch pads in Pakistan-Occupied-Kashmir (PoK) were targeted by the Indian Army artillery guns after credible inputs about the presence of a significant number of terrorists operating there was received by the intelligence agencies. 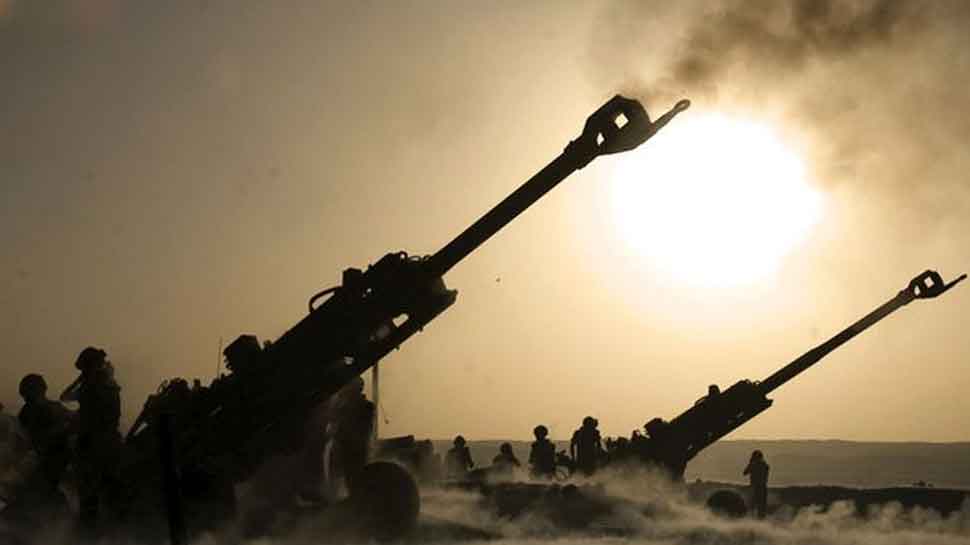 SRINAGAR: Several terror launch pads in Pakistan-Occupied-Kashmir (PoK) were targeted by the Indian Army artillery guns after credible inputs about the presence of a significant number of terrorists operating there was received by the intelligence agencies.

At least 20 terrorists were also killed in the operation by the Indian Army, sources said.

According to reports, four terrorist launch pads - Jura, Athmuqam and Kundalsahi - located in the Neelam Valley in PoK were totally destroyed by the Indian Army in the operation which was launched on Saturday night.

The Indian Army used 155 mm Bofors Guns in the operation in which several Pakistani Army bunkers were also completely destroyed.

The action by the Indian Army has caused heavy damage there, sources said.

One Pakistani Army personnel and three civilians were also killed in the retaliatory firing by the Indian Army.

Pakistani border posts assisting terrorist infiltration on Saturday night were quickly identified and hit after Pakistan used artillery fire targeting civilian areas in the Indian side, according to army sources.

Two Indian soldiers and a civilian were killed after Pakistani troops violated ceasefire in Tanghar sector of Jammu and Kashmir's Kupwara district on Sunday.

Disturbances started after Pakistan started heavy firing on LoC in Tangdhar and adjoining areas late on Saturday. Heavy mortars were used by the Pakistani troops after which the Indian Army responded with matching calibre. Firing from both sides continued till Sunday morning.

The civilian killed in the Pakistani firing has been identified as Mohd Sadiq (55). Those wounded are Mohd Maqbool (70), Mohd Shafi, (50) and Yusuf Hamid (22).

The Indian Army retains the right to respond at a time and place of its choosing in case Pakistan Army continues to assist terrorist activities across the borders, the Army sources said.

The Defence Minister is said to be personally monitoring the situation and directed the Army Chief to keep updating him about the developments at the border.

Rajnath Singh and General Rawat will visit Northeastern Ladakh on Monday to inaugurate a strategically located bridge at the fag end of the newly-constructed all-weather motorable road linking Darbuk in Leh with Daulat Beg Oldi near the Karakoram Pass near the Line of Actual Control (LAC) with China. The bridge has been named after a highly-decorated soldier of the Indian Army, Colonel Chewang Rinchen, who belonged to Ladakh.