The jawans were seen dancing and raising slogans like 'Bharat Mata Ki Jai' to celebrate the occasion. 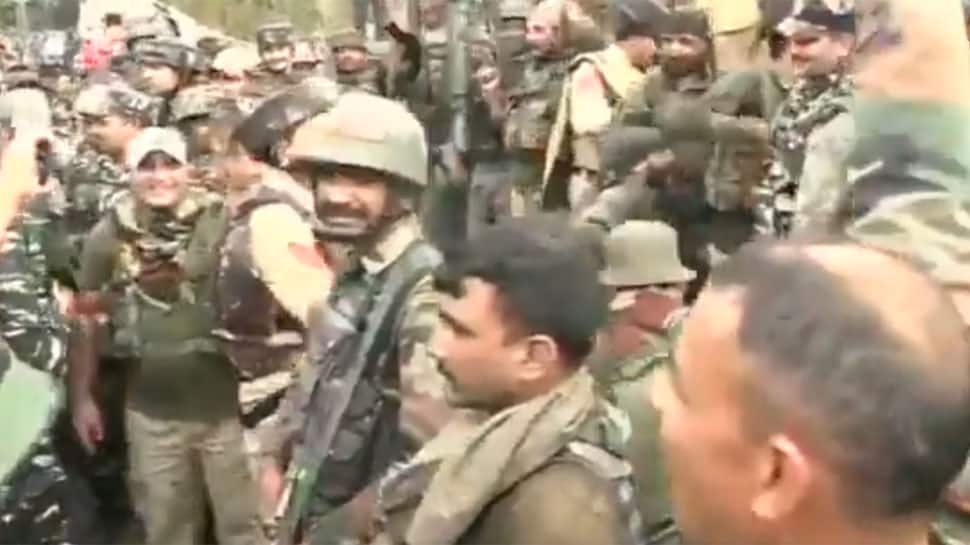 New Delhi: Indian troops in Jammu and Kashmir were seen celebrating after eliminating three terrorists in Batote town of Ramban district of the state on Saturday.

The jawans were seen dancing and raising slogans like 'Bharat Mata Ki Jai' to celebrate the occasion.

At least three to five terrorists, who were holed up inside a civilian's house in Ramban district, were gunned down by the security forces during a gunbattle today. In the encounter, one jawan was martyred while two others suffered injuries.

The Jammu and Kashmir Police said that three militants were killed and all the hostages were rescued in Thor village of Ramban district where the militants had entered a house and took the inmates hostage.

All the three slain terrorists belonged to the Hizbul Mujahideen outfit and arms and ammunition were also recovered from their possession, the police said, adding that these terrorists were involved in reviving militancy in the Chenab Valley region of the state.

Besides, security forces also neutralised three terrorists in a separate encounter in Naranag forest area of north Kashmir's Ganderbal district today. Reports from the area said two militants have been killed so far in this gunfight. But an official confirmation is still awaited.

The Pakistan army has been violating the ceasefire in Gurez sector during the last three days and defence sources said the ceasefire violation is intended to facilitate the infiltration of terrorists into the state.

Meanwhile, militants hurled a grenade at the security forces in Nawa Kadal in the old city area of Srinagar. The police said the grenade exploded without causing any damage.