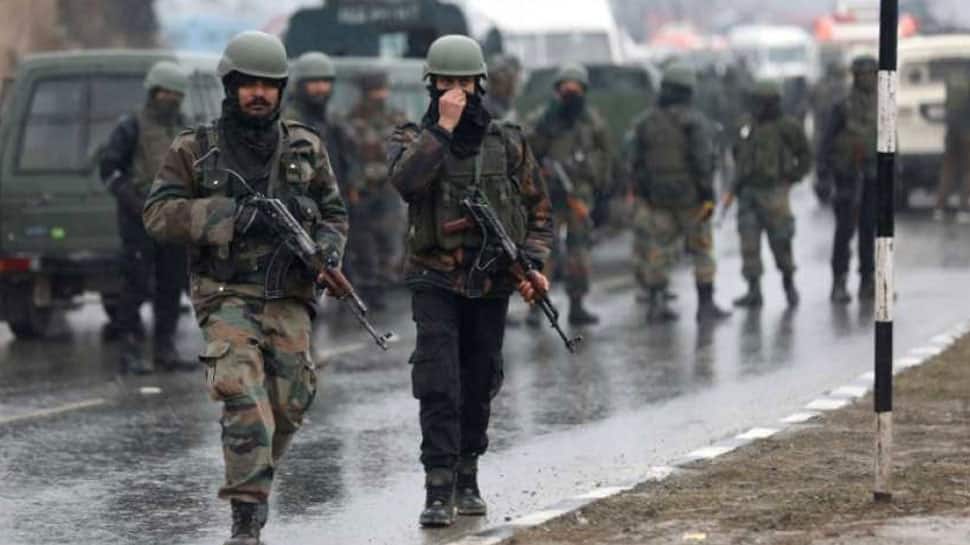 JAMMU: A security forces personnel on Saturday fired gunshots after noticing some suspicious movement near an Army camp in Dachoo in J&K's Shopian district.

According to ANI, the sentry at the Dachoo Camp of 44 Rashtriya Rifles noticed some suspicious movement after which he fired gunshots in the air and alerted other security personnel present on duty.

A massive search is currently underway and additional troops have been rushed in the area to assist in the operation, according to media reports.

An alert has been sounded in the area and patrolling has been intensified.

The incident comes a day after five security personnel, including a CRPF officer, were killed in an encounter with terrorists while a civilian died in clashes near the site in Kupwara in Jammu and Kashmir.

Meanwhile, areas along the LoC in Rajouri and Poonch districts were heavily shelled by Pakistan for the eighth consecutive day.

The encounter broke out on Friday morning after the terrorists opened fire on the security forces during a cordon and search operation in Babagund area of Kupwara following information about the presence of ultras there, officials said.

There was a lull in firing several times during the day but terrorists resumed firing as soon as the security forces advanced towards the house where the ultras were hiding, the officials said.

After a brief interval, the terrorists opened indiscriminate firing on the advancing team of security personnel, the officials said.

Nine security force personnel were injured in the firing, they said adding five of them succumbed to injuries. The slain personnel included a CRPF inspector and a jawan, two army men and a policeman, they said.

The year 2018 had witnessed the highest number of ceasefire violation, numbering 2,936 by Pakistani troops, in the last 15 years.

Pakistan continues to violate the 2003 ceasefire agreement with India despite repeated calls for restraint and adherence to the pact during flag meetings between the two sides.