An exchange of fire is currently underway between terrorists and security forces in Budgam's Chattergam. 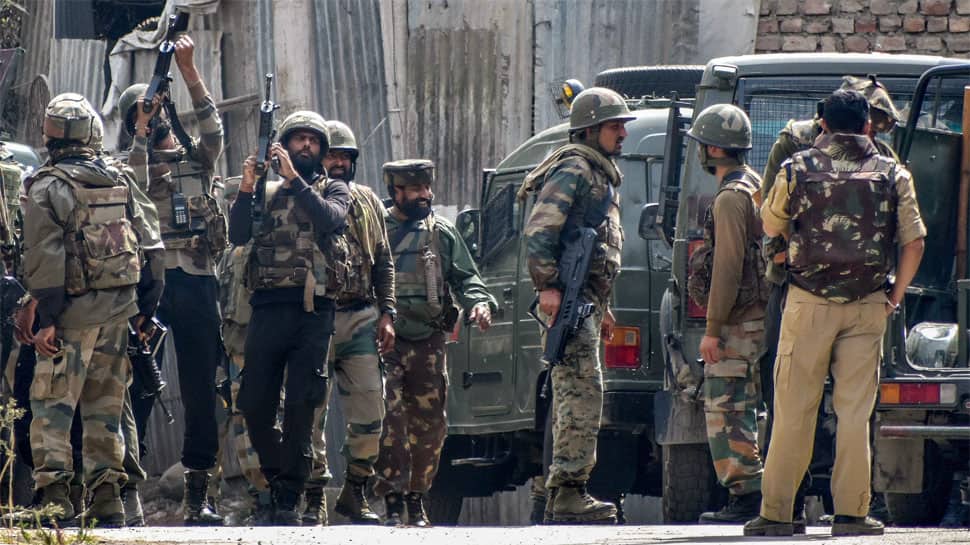 SRINAGAR: Two terrorists, including Lashkar-e-Toiba commander Naveed Jatt, has been killed in the joint operation of security forces and local police in the Budgam encounter.

Jatt, wanted for the assassination of Shujaat Bukhari, fled from police custody earlier this year.

An exchange of fire broke out between terrorists and security forces in Chathergam village of Jammu and Kashmir`s Budgam district in the wee hours of Wednesday.

"This week was great, those involved in killing of innocent people in Kulgam, Pulwama and Shopian belt were neutralized. As per ground verification, top Lashkar-e-Taiba commander Naveed Jatt was one of the two terrorists killed today," Jammu and Kashmir DGP Dilbagh Singh.

On Tuesday, two terrorists were shot dead and one jawan succumbed to injuries in an encounter in Kulgam.

"The bodies of the slain terrorists were recovered from the encounter site; the identities and affiliations are still being ascertained," a statement from the security forces read.

The jawan of the Rashtriya Rifles who had sustained injuries in the encounter was rushed to a nearby hospital. However, he eventually succumbed to injuries later.

On November 25, six terrorists were shot dead by security personnel in Kapran Batagund area during a gun battle in Shopian district.

There was no pressure or intervention from Centre in dissolution of assembly: J&K Raj Bhawan